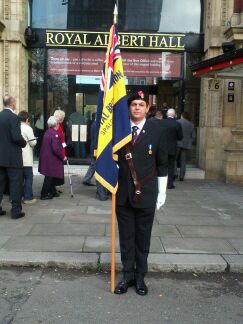 Graham Hewitt the chairman of the Spalding branch of the Royal British Legion and its Standard Bearer.

This week we salute Graham Hewitt as the Pride of South Holland Awards nominee of the week.

The frequent fundraiser, NHS worker and Royal British Legion chair has been a fixture of the community throughout his life.

One person who nominated Graham said: “As well as being a full time ambulance technician for the NHS, Graham is an integral part of the community in Spalding.

“He has been delivering food parcels to a few veterans during the COVID-19 crisis, while keeping his wife, who has a serious health condition safe and looking after her health and well-being.

“He is also a key part of keeping the Royal British Legion (RBL) in Spalding running, a passion of his for many years.

“He really would do anything for anyone.”

Another nominator said: “Graham has been commendable within the community and his thoughts are always to help the older generation within the RBL.

“He has been involved in community help and charitable work from a young age, he was a member of St John Ambulance Brigade as a cadet at the age of ten.

“This was the start of his help in the community attending several events for first aid cover including the Tulip Parade, garden fetes etc.

“He also raised money for the St John’s Cadets and a number of charities throughout the years including two London Marathons.

“Graham joined Lincolnshire Ambulance Service as patient transport then moved to front line work and trained to be an ambulance technician.

“He has been in the ambulance service now for 28 years to the present day always in the public eye.

“Graham has also helped a local undertaker, it’s been approximately 16 years and still works for them.

“This year he was appointed chairman of the RBL.

“Graham can be seen out and about raising money for the Poppy Appeal and has overseen the branch moving into new premises.” 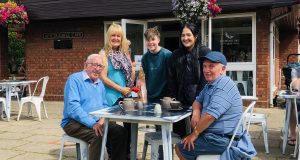 Pair are serving up a treat 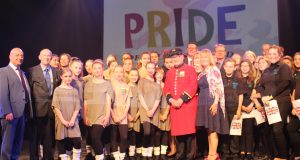 A last chance for nominations 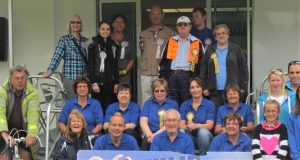 Carnival is part of village life