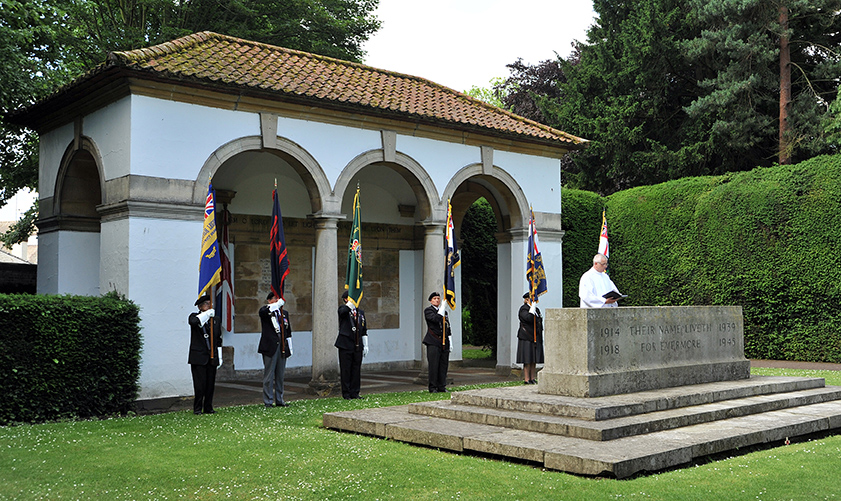 Remember those who didn’t return

Pinchbeck: On Sunday there will be a service at the Baptist Church from 10.30am.

The service at St Mary’s Church, Pinchbeck, beings at 10.45am.
The parade will leave the village hall at 10:30 and then proceed to church. After the service, wreaths will be laid at the war memorial opposite, followed by lunch at the Church Hall.

Donington: The Royal British Legion will attend a service at St Mary’s Church at 10.30am.

Crowland: The Royal British Legion will hold a service on Sunday from 3pm at the East Street War Memorial. It will be followed by a wreath-laying ceremony at Crowland Abbey.
There will also be a two-minute silence at the War Memorial at 11am Saturday, everyone welcome.

Holbeach: There will be a Remembrance Day Parade mustering at Fishpond Lane ready to move off at 2pm. The parade will be led by Stamford Brass.
Those wishing to attend the Act of Remembrance wreath-laying at the War Memorial should gather in the churchyard.
There will be some short-term road closures and disruption will be kept to a minimum.
The Royal British Legion will hold two minutes’ silence at the War Memorial on Saturday, November 11. Everyone is welcome.

Spalding: On Saturday, the Royal British Legion will assemble outside Cotton Traders in Springfields at 10.30am to parade to the memorial tree in Springfields Festival Gardens at 10.55am.
There will be a Remembrance service and wreath-laying ceremony.
On Sunday there will be a Remembrance parade beginning at the town’s Market Place at 10.15am.
The parade will head to the War Memorial in Ayscoughfee for the 11am silence and service.

Long Sutton: Meet at the RBL club, West Street, at 2.15pm on Sunday for parade to the War Memorial at 2.30pm