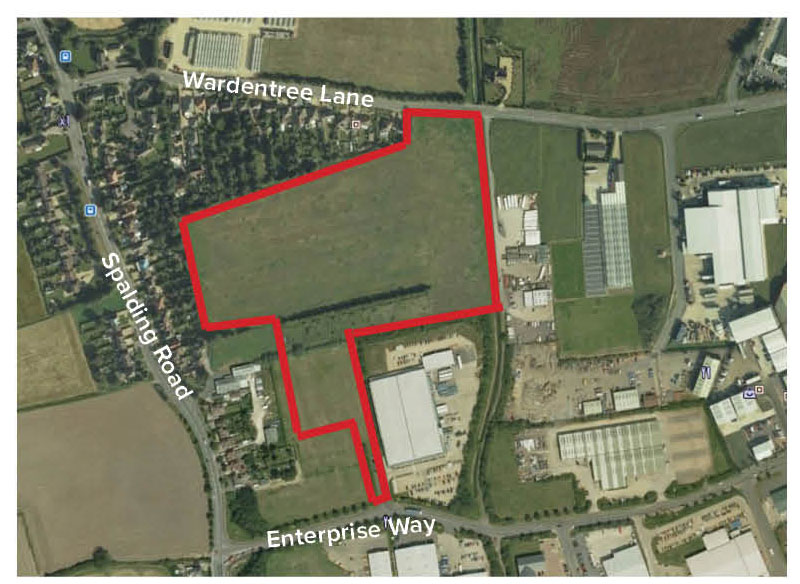 The Allison brand of house is to make its first large-scale return on a controversial site in Pinchbeck.

Larkfleet Homes was granted planning permission on March 18 for 169 homes on land between Wardentree Lane and Enterprise Way.
There will be 24 different house types in a mix of properties from one to five bedrooms.

Larkfleet planning director Mark Mann told South Holland District Council’s planning committee meeting that this would be the “first major development for the rejuvenated Allison brand”.
He said: “This is an attractive, sustainable development with land-scaped open areas and 169 much-needed properties.”

Permission came amid strong opposition from ward district councillors Liz Sneath and Sally Slade, and Pinchbeck Parish Council, which was keen to see a buffer zone maintained between village houses and the industrial estate, and is concerned about traffic compatibility of housing with light industry.
However, Lincolnshire County Council Highways raised no concerns.

Coun Sneath claimed proposed measures for shielding the new homes did not go far enough as light pollution and fumes “were no respecters of bunds”.

Highways safety and the impact on residential amenity of the nearby Empire World Trade factory were concerns for Pinchbeck member and planning committee vice-chairman Coun James Avery.
He added: “I’d like to see the £200,000 S106 money ring-fenced for South Holland and ideally for the schools closest to this location.”

Committee chairman Coun Roger Gambba-Jones acknowledged comments about the site abutting the industrial area but saw benefits in the flip side.
“It could be a lot worse for residents already there,” he said.

He agreed that the land was outside the Local Plan 2006 but pointed out that it was currently “unallocated”.

The plan found favour with Coun Rita Rudkin, who saw it as “quite acceptable design”, and portfolio holder for housing landlord Coun Christine Lawton, who “very much welcomed” the prospect of 56 affordable homes.

After the meeting, Mr Mann said that building work would commence as soon as possible once the Section 106 planning agreement was finalised.