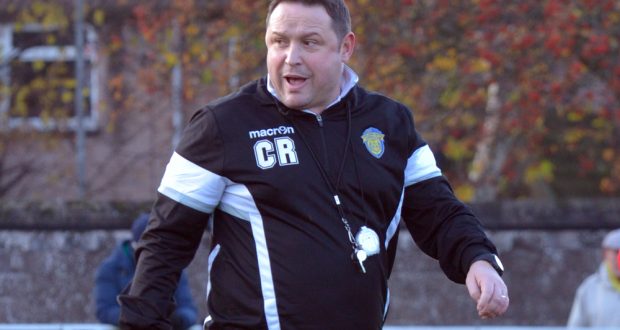 That’s the verdict of confident manager Chris Rawlinson, who is preparing his Tulips for a double-header against the Cheshire-based side.

Spalding visit Witton, who leapfrogged them into second on Tuesday night after winning 4-3 at Stocksbridge Park Steels, this Saturday (3pm) before welcoming them to the Sir Halley the following weekend.

Rawlinson admits that it’s highly unlikely that his side will be able to finish above Albion or leaders Shaw Lane AFC in the table, given that both sides have five games in hand on them.

But he sees no reason why in-form Spalding can’t take points off them and dent their title charge.

“I’m a realist,” said Rawlinson, who has won two of his three games in charge of the Tulips since replacing Dave Frecklington at the helm. “Witton will either win the league or finish second.

“You don’t have to be a mathematician to work that one out. What we have to do is make sure we finish third and get a home draw in the play-offs.

“But that’s getting way ahead of ourselves, we’ll take things one game at a time.

“I’m looking forward to the Witton games and I’m confident we can take points from them.

“I know my group of players and I know that, if we lost on Saturday, we’d learn from it and come back stronger in the second game.

“It’s like a two-legged match and is the kind of situation the lads will thrive in.

“They won’t let us lose both games, we’ll find a way to work things out and get results. That’s what we do.

“If we can go there and win, we’ll be in a commanding  position and will have a nice gap over the chasing pack.” 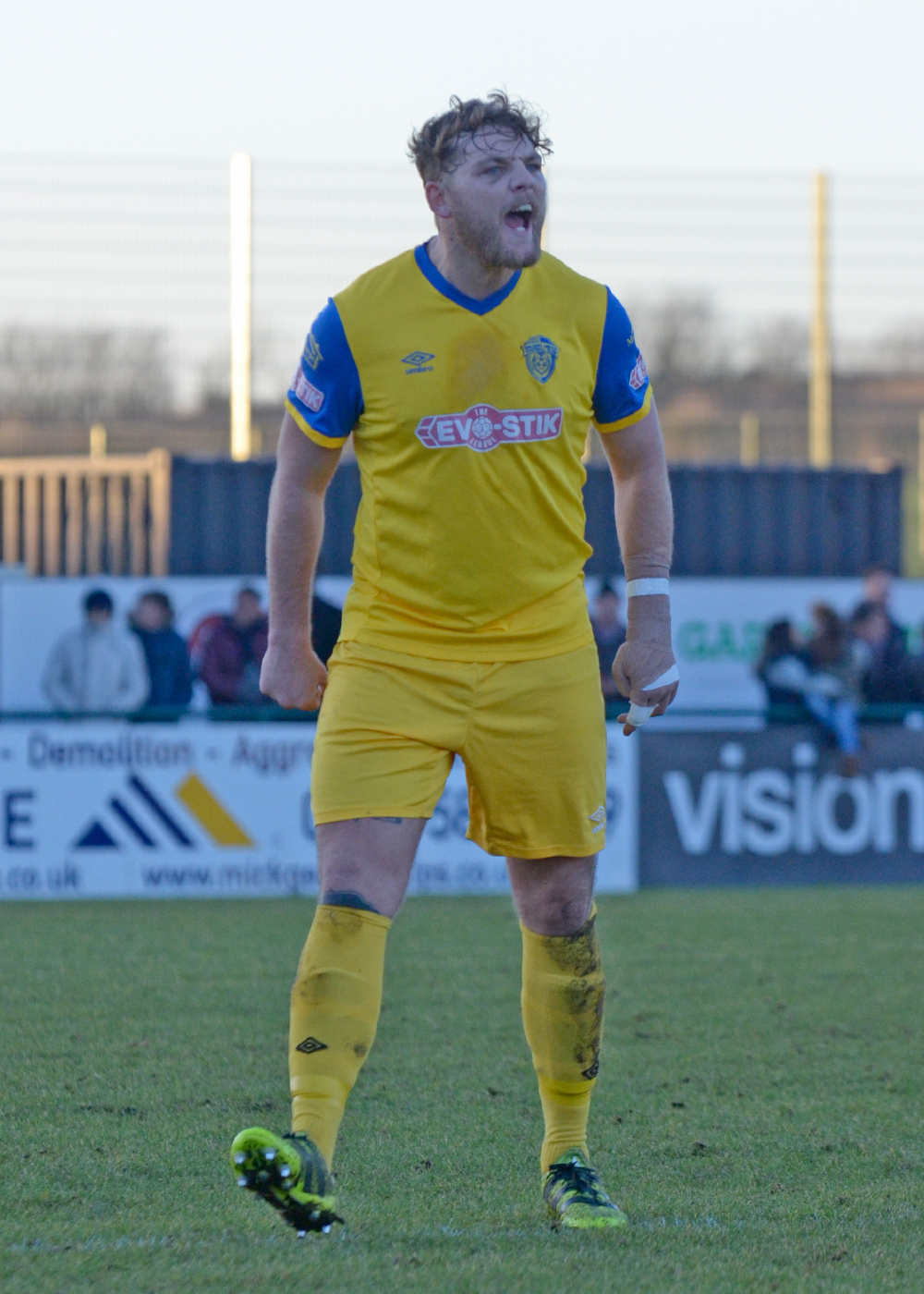 BIG MISS: Nathan Whitehead will sit out both games against Witton Albion. Photo by JAKE WHITELEY

Witton have yet to be beaten at home in the league this season – winning ten of their 13 games at Wincham Park.

That includes a recent 3-2 victory over leaders Shaw Lane AFC, who had only previously lost once all season long.

The Tulips will also need to keep an eye out for Witton’s impressive goal-power. They have three players with 12 or more league goals to their name, with Bradley Bauress (16), Rob Hopley (13) and Tolani Omotola (12) the chief dangermen.

Spalding are without the suspended duo Neal Spafford and Nathan Whitehead for both games, but Rawlinson is at least happy that both will now be available for whenever Tuesday night’s postponed trip to Leek Town is rearranged.

The Tulips chief also revealed that he has no plans to dive into the transfer market ahead of this month’s transfer deadline, claiming he’d struggle to improve on what he already has.

“It’s a blow that Nathan Whitehead now misses both Witton games,” admitted Rawlinson. “But, in a way, the Leek game is bigger as they are play-off rivals.

“He’ll be up for that too, as Leek are a former club.

“I’ll not be rushing into the transfer market, though.

“I’d not look a gift-horse in the mouth if something presents itself to me, but overall I’m happy with what we’ve got here.

“There’s no need to change things for the sake of change. We’ve got a close-knit group and that counts for an awful lot.”