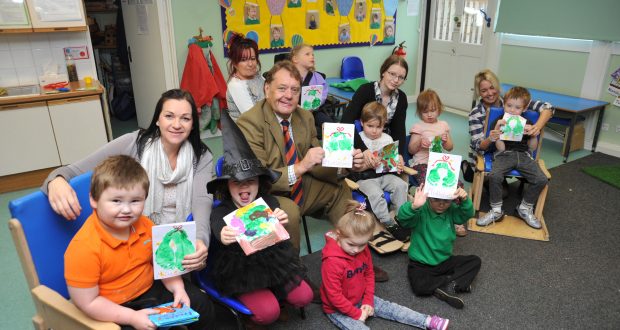 MP John Hayes collects entries from one class at The Garth School, Spalding.

Pupils at The Garth School in Spalding have given John Hayes their designs for his official Christmas card this year.

Collecting the entries from the special school’s pupils and then carrying out the difficult task of judging them with the help of his family is one of the South Holland and The Deeping MP’s favourite events of the year.

Mr Hayes said: “It is an inspiration to see again the work of all those at The Garth School.
“They know that they have my support and admiration, as they always have.”