Lincolnshire County Council wants to replace the T-junction at Peppermint Junction – where the A151 meets the A17 – with a roundabout. A second roundabout nearby on the A151 would provide access to housing and commercial development land.

As part of the consultation process, which will run until Friday, October 2, an exhibition is being held on Thursday between noon and 7pm at the National Centre for Food Manufacturing, at the University of Lincoln’s Holbeach campus in Park Road. The responses will be used to influence the final design.

The event will also be an opportunity to comment on a draft proposal promoted by Robert Doughty Consultancy for around 1,000 homes to be built on land to the east of the A151, between the A17 and Spalding Road. As reported in The Voice last week, this is also due to be the site for a new primary school.

The county council said: “Some motorists currently avoid [Peppermint] Junction – preferring to travel through the centre of Holbeach, creating a rat run and restricting opportunities for growth in the town.
“As part of the proposals there will be no vehicular access between Northons Lane and the A151.” 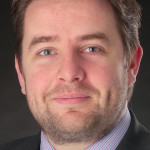 Coun Richard Davies, executive member for highways and transportation, said: “The benefits of this scheme are two-fold; not only will it help to improve safety in a location where there have been several collisions in recent years, it will also help to reduce traffic flow through the town centre and provide access to prime development land.
“Having considered many options we have decided that the most effective option would be two roundabouts. To help us to bring this scheme to fruition we are seeking views from residents before undertaking the design work which will lead to submission of a planning application later this year.”

In the past eight years there have been 14 collisions resulting in injury near the junction.
A spokesman for Lincolnshire Road Safety Partnership said: “This junction has been the site of a number of collisions and, despite some positive improvements, we have only seen a slight reduction in casualties and collisions.
“Significantly, though, there have been no recorded injury collisions in the past year. However, the junction remains a high risk area and LRSP welcomes the decision to install a roundabout at this location.”

The roundabouts are expected to cost about £4m. A provisional £2.4m has been secured from the Greater Lincolnshire Local Enterprise Partnership with the remaining funds to come from developers and the county council. One of the contributions is coming from Holbeach firm Ashley King Developments as part of a S106 agreement linked to a scheme with outline planning pemission for 900 homes at Manor Farm.

It is hoped work on the roundabouts would start on site in autumn 2016.

The council is also seeking views on a second proposal. This would create a dual carriageway leading from the new roundabout on the A17 to the existing Boston Road roundabout, if additional funding becomes available in the near future.
A link to the online consultation is available on the Peppermint Junction page at www.lincolnshire.gov.uk/transport-and-roads/major-highways-works until October 2.
For a hard copy of the consultation call 01522 782070 and ask to speak to the Peppermint Junction Team.