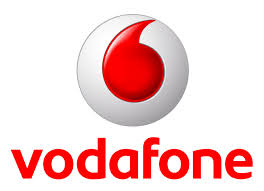 Poor network coverage is one of the factors that could lead South Holland District Council to move its 200 or so mobile phone accounts away from Vodafone.

The council is in the process of considering negotiating a new mobile phone deal for staff that need a work mobile in a bid to make savings.

The council is hoping to gain a discount with a provider by negotiating one deal for its users, those at East Lindsey District Council and those of Compass Point, which provides back room services to both authorities.

Across the three organisations there are in the region of 600 mobile phone users including all members of staff who have to do some of their work away from the office, such as housing and planning officers.

A South Holland District Council spokesman said: “Like other residents and businesses, we have found the coverage with Vodafone hasn’t always been as effective as we would like and it will be one of the issues taken into account when deciding on a new provider.”

A decision over which provider to go with and final details of the amount of money that could potentially be saved are likely to go before the council’s cabinet at the end of next month as part of budget talks.

Jane Frapwell, corporate communications manager for Vodafone, said: “We’re sorry some of our customers in Spalding have been experiencing service issues recently.

“Our local mast has developed a fault which is causing a failure in transmitting calls.

“Our engineers are trying to get to the root of the problem and we will get the service up and running as soon as we can.”

Do you have problems with Vodafone signal in South Holland? Or are other providers not providing a good enough service.
Tell us what you think on Twitter @SpaldingVoice and use #SouthHollandmobiles