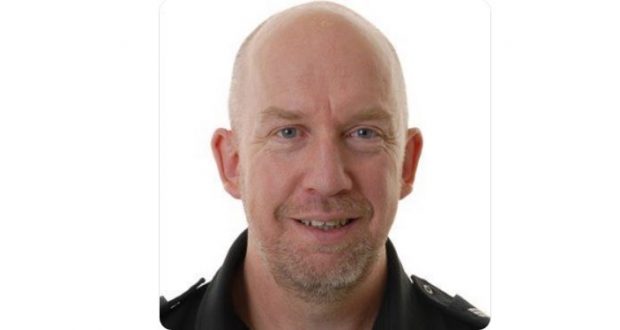 Police sergeant finally told he can stay in UK

After several months of worry, one of Spalding’s top cops and an RAF veteran has been officially told he can stay in the country.

Sgt Rick Mosley (51), the Neighbourhood Sergeant for Spalding, spoke to The Voice in April about his concerns over his citizenship given he’s originally from Canada.

He moved to the UK aged five in 1972 and has lived and travelled on his Canadian passport for the last 30 years, 19 spent in the RAF and he’s into his 11th year with Lincolnshire Police.

The father of an eight-year-old daughter’s application to ensure he could stay in the country however hit complications.

Documents he was told he needed to produce included the unobtainable proof of his Canadian father living in the UK before 1963, when he only visited for a one-week holiday, and the marriage certificate of his father and British mother who separated after he moved to the UK.

Sgt Mosley was also unable to get the long version of his birth certificate from Canada in time for the March 5 deadline set by the Home Office leading to concerns over what might happen after that date.

Thankfully officials told him to ignore the deadline a few days before it was due and though he’s yet to officially get his passport through, last month he was told he’s allowed to stay.

“After a few hurdles, we’ve got their in the end,” said Rick. “There were no immediate threats of deportation but I was worrying with what’s going on with Brexit and so on.

“It is a relief for me and my family.”

When asked about how he felt with regards the experiences of having to apply to remain in the country he’s served for the last 30 years, he said: “It did make me wonder how people who are perhaps more vulnerable than me would cope with the process.

“The hurdles you had to overcome were quite difficult to sort out even for myself, and I had contacts in Canada and people I was able to speak to.

“I had the ability to deal with the challenges but it left me thinking that someone more vulnerable would not have that ability.

“I can see why people without those contacts would struggle.”