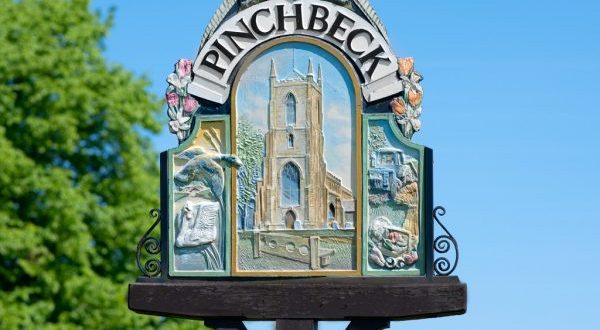 Police have increased night-time patrols and an emergency parish council meeting has been called in a village rocked by a spate of burglaries and antisocial behaviour.

Two community clubs have been targeted among “a number of burglaries” that have hit Pinchbeck.

It’s on top of a flurry of online comments from villagers who say they’re worried about leaving their homes due to people and motorists being intimidated by groups of people at the Flaxmill Bridge on Langhole Drove.

In response to the recent increases in both burglaries and antisocial behaviour, Pinchbeck Parish Council has called an emergency meeting, to be held on September 10.

Lincolnshire Police Inspector Gareth Boxall said police are aware of the current issues and have increased their presence in the village.

He said: “There have been a number of burglaries in the Pinchbeck area over the last few weeks… we’ve increased our night time patrols.

Of the most recent burglaries, Pinchbeck United Football Club was broken into in the early hours of Thursday (August 29). A 42″ TV stolen from the Knight Street clubhouse.

It comes nine days after Pinchbeck Kids’ Club at Pinchbeck C of E Primary School was burgled overnight on August 20. An iPad, a mobile phone, a safe and £40 cash were stolen.

A police spokesman said: “Who steals from a kids’ club?”

Previously in June, the Sense Centre for people with disabilities was broken into and thousands of pounds worth of equipment was taken.

On top of the increase in burglaries the parish council say there’s also been a rise antisocial behaviour with local residents taking to social media to complain, particularly over behaviour on and around Flaxmill Bridge.

One resident, Kim Hunt wrote online: “My mum and her partner got told to turn around by a child earlier.

“They then proceeded to stand in the way and were threatening towards them.

“They are retired, one has poor health.”

It’s not just the elderly who have been targeted – a toddler and her pregnant mother have also reportedly threatened while driving past in a car.

Robyn Scase wrote: “I came over the other day and one of the lads shouted in the window at my three-year-old daughter.

“If I wasn’t heavily pregnant I would have got out and had words but there are so many of them.”

Another man claimed he’d had rocks thrown at his car.

A spokesman from Pinchback Parish Council wrote on a community Facebook page site: “The Parish Council are aware of the problems relating to congregation of young people on Flaxmill Bridge who do try and block the road.

“We are assured that the PCSO assigned to Pinchbeck is making regular visits to this location when on duty.”

A spokesman for the parish council said the issues will be discussed at the emergency meeting on Tuesday, September 10 at 7.30pm.

The council said a member of the district council community and safety team will be in attendance, along with a representative from Lincolnshire Police.

The meeting notice states the meeting is for “residents to convey their concerns relating to crime and disorder”, and it will take place at Pinchbeck Community Hub and Library, Knight Street.