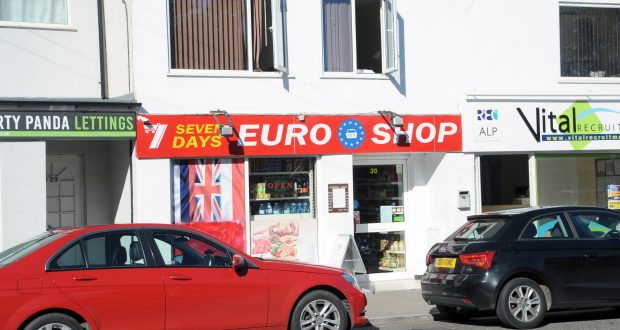 Police object to shop’s bid to sell alcohol this Christmas

Lincolnshire Police has objected to a shop “with a history of selling age restricted products to children” requesting it be allowed to sell alcohol in the run-up to Christmas.

When under a different licence holder, the 7 Day Euro Shop on Westlode Street in Spalding had its premises licence revoked by South Holland District Council’s Licencing Committee back in October 2018 after it was found to be selling illegal cigarettes and underage alcohol.

A new owner, Hew Komangodage Nilantha Atapattu, is in the process of applying for a new premises licence, but in the run up to the festive period he’s applied to the authority for a Temporary Event Notice so it can sell alcohol from 7am to 11pm from December 20 to 26.

But Lincolnshire Police’s Chief Constable Bill Skelly has objected saying two under 18-year-old volunteers were able to buy cigareetes on August 13 this year and that further non-compliant tobacco was found.

Mr Attapattu’s wife Anusha, who sold the cigarettes to the under 18s, told the police these were left over from the previous owners.

The police say she also “appeared to be responsible” for a five, eight and 12-year-old while running the premises at the time.

Mr Skelly’s representation states: “Lincolnshire Police has serious concerns surrounding this premises selling alcohol without any enforceable conditions, which would act as a benchmark and robustly promote the licensing objectives.

“The premises has a history of selling age restricted products to children, those products sold weren’t compliant with current packaging legistlation and the reason behind possessing them is questionable.

“Although the proposed user is a personal licence holder the qualification was gained six-years-ago and has been unused since that time indicating a lack of experience.

“Lincolnshire Police are also concerned that it was though appropriate to operate a premises whilst also being responsible for three children, two of which were relatively young.”

The hearing is scheduled for 1pm on Tuesday, December 10.