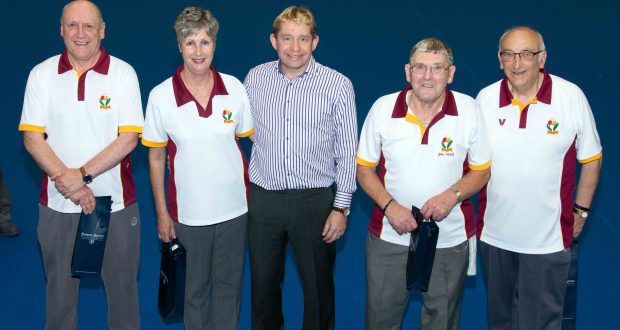 SO CLOSE! The Spalding runners-up are pictured with world number one Greg Harlow.

A host of clubs from across the country competed in the tournament, which saw all 40 teams play four games to determine who went forward to the knockout stages.

At the last 16 stage, Spalding still had five teams in contention.

However, this was reduced down to two by the last four stage – which saw them compete in opposite semi-finals.

The rink skipped by Maisie Belding, with Chris Williamson, Jan Sinclair and Ab Belding, lost by a close margin. 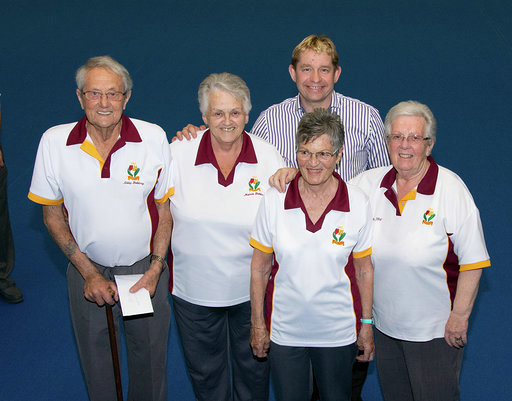 But the rink skipped by David Nunney, with John Fitchett, Carole Nunney and Jim Walker, won their semi-final.

However, they fell at the final hurdle – losing a closely fought final 6-8.

Belding’s rink also received a “hot shot” presentation as they scored a full house of eight shots on the second end of their first game.

The presentations were made by none other than world number one and England captain, Greg Harlow.

A Spalding spokesperson said: “Regardless of winning or losing, all taking part enjoyed the experience and are already talking about doing it all again next year.”