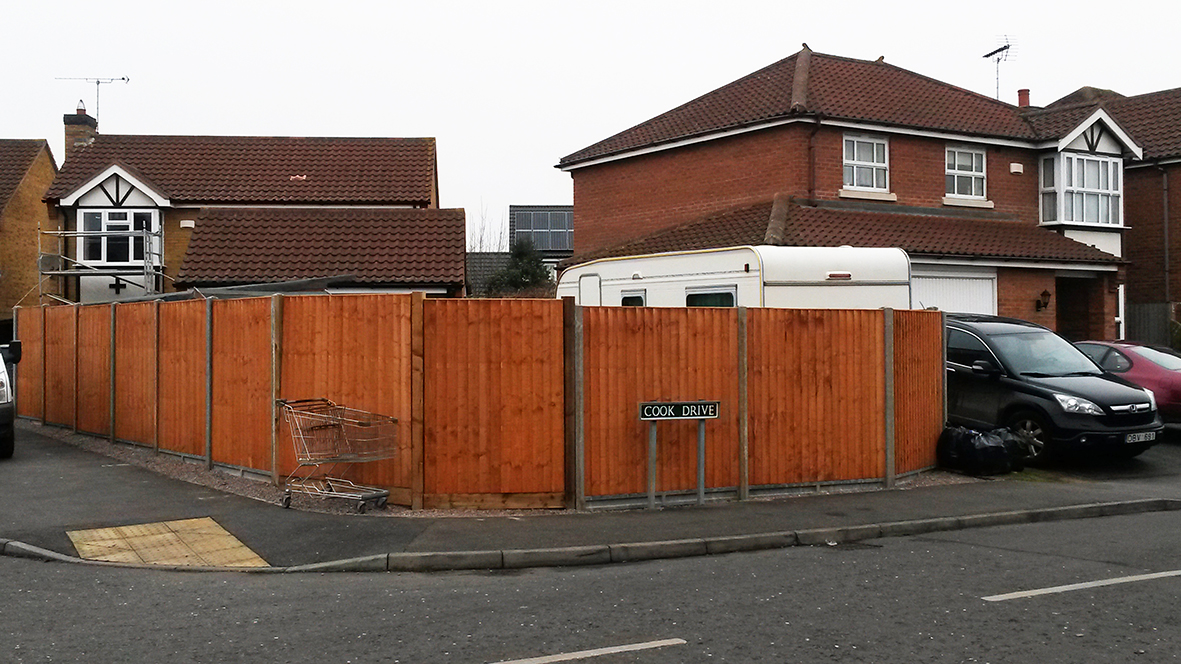 The fence at Simon Barker's home in Magellan Way, Spalding, shortly after it was installed.

The Spalding homeowner who was told to put a fence back to its original line has appealed the decision.

The line of it had been extended to enclose a small piece of land belonging to Mr Barker, which was often covered in litter and animal excrement.
His intention was to improve the look of his property in Magellan Way.

But in February, South Holland district councillors went against their officers’ recommendation and rejected a retrospective application for the new fence because it was nearer to the road at certain points and and also “reduced the amenity of the neighbourhood”.

However, Mr Barker received such strong backing from friends and neighbours that he has lodged an appeal.
He said: “We have had a tremendous amount of support about how much better it looks. On the basis of that we decided to go to appeal on the grounds that it’s an unfair decision.”
He added: “We were trying to improve the look of our property and a bit of land that was being abused.
“As homeowners, we feel we should have the right to do that.”

The fence – dubbed “ugly” during the planning committee meeting – has now had its concrete posts painted and has clematis and honeysuckle growing up the “authorised” section. These improvements were agreed with planning officers prior to them forming their recommendation for approval. If the planning refusal is overturned, Mr Barker will carry on with the planting along the extended section.

A covenant on the estate’s homes requires fence alterations to have planning permission.