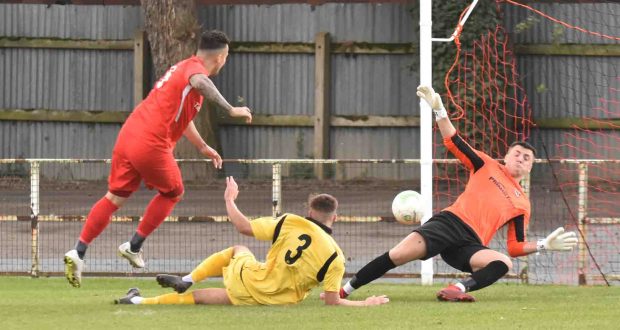 Seemingly unstoppable Shepshed Dynamo made Pinchbeck United their latest Uhlsport UCL Premier Division scalp on Saturday – but the Knights made them work hard for their 3-0 victory.

Ian Dunn’s side had their chances to become the first team to score against the table-toppers this season, with Nathan Kelly forcing a super save from their keeper when the score was 0-0.

However, Morris raced through the middle to fire past Ricky Lovelace in what was something of a suckerpunch for the Knights.

Wakefield’s clincher was also a break through the middle as he managed to round Lovelace and slide the ball home.

The third from Melbourne was squeezed home at the near post, ensuring Shepshed made it nine wins from as a many games without conceding a goal.