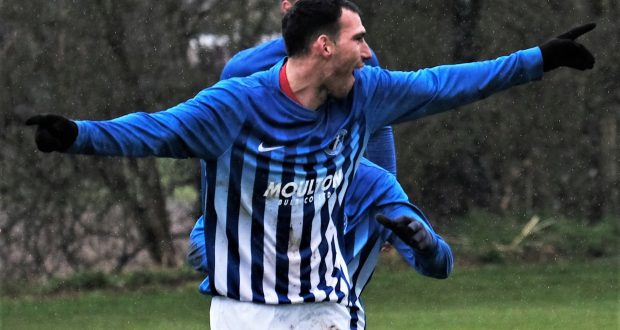 IN THE GOALS: Martin Sandall. Photo by KEN SMITH

Goals from Bradley Easey, Sam Cooper and Timmy Magnus for hosts Tydd were cancelled out by strikes by Harry Machin, Mario Vaz and Kyle Dodd.

Also victorious were Crowland Reserves, who edged out PNS Reserves 3-2 with Mantas Paskevicius (2) and Brad Moore netting at Snowden Field.

Up in the Premier Division, Danny Firth (2) and Ryan Kirchin scored as Crowland Town drew 3-3 at Oundle.

At the bottom of the table, Long Sutton lost 4-2 at basement side Stamford Lions despite a Jack Thomas double.