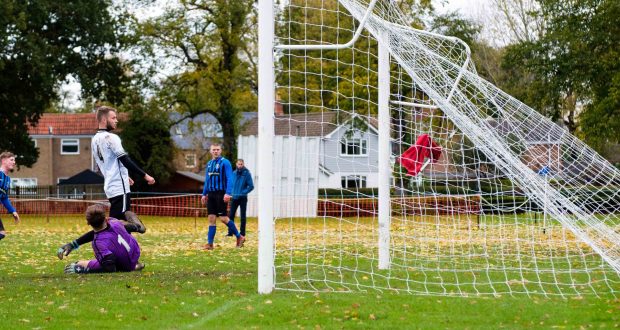 GET IN! Declan Earth fires home for Moulton. Photo by KEN SMITH

Moulton Harrox romped to a 4-1 derby win over Long Sutton Athletic in the second round of the Lincs Junior Cup on Saturday.

In what was undeniably the tie of the round, goals from Ian Bradbury, Declan Earth, Billy King (pen) and Joe Townsend fired Harrox to an comfortable win at Broad Lane.

Ryan Alexander replied for the Magpies in the all-ChromaSport PDFL Premier Division tie at Broad Lane, but Kev Nottingham’s side eased into the next round.

Also in the hat for the next round are Crowland Town, who defeated Barnetby United 2-0 at Snowden Field.

Corban Oldham grabbed both goals for the PDFL Division One high-fliers.

It was the end of the road for Holbeach Bank, though, as they went down 9-0 at Scamblesby.

Meanwhile, Moulton Harrox Reserves were 3-1 winners at PNS Reserves in Division One.

Danny Lambe-Hyner, Charlie Wallace and Ashley Wilson got the goals for resurgent Harrox.

Down in Division Five, Spalding Town Reserves were hammered 7-0 at home by Huntingdon Town Development.

In the League Cup, Long Sutton Reserves went down 3-0 at home against Casterton and Sutton Bridge United were thrashed 11-1 at Premiair. 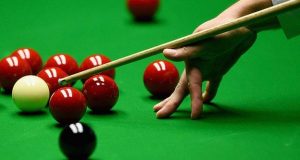 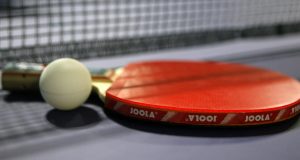 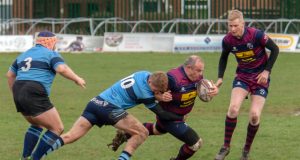