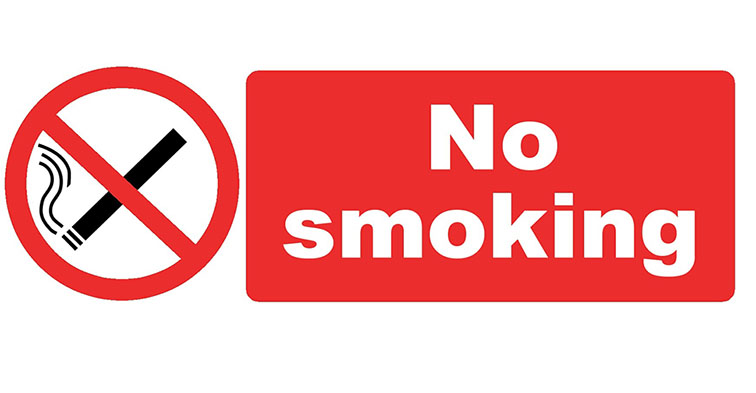 Parent and South Holland district councillors: Time for smoking in play areas to be banned

A call has been made for smoking to be banned in children’s play area owned by South Holland District Council.

Spalding resident Mark Le Sage was disgusted when his young daughter was enveloped in cigarette smoke during a visit to Ayscoughfee Gardens in Spalding.

He said: “Ella was on the climbing frame and there was an adult woman with two children blowing the smoke all over her.
“I was absolutely disgusted and thought ‘what’s going on here – is this allowed in our play areas?’”

South Holland District Council has since confirmed to The Voice that there are no restrictions.

Mr Le Sage, who has organised a health walk for Friday (July 3) in Ayscoughfee Gardens, said: “Surely we should have a look at this?
“I would like to see no smoking allowed in any play area, not just in Spalding but across the board.
“Just a few days ago I saw a smoker in a car with two children on their way to school.
“I could see that the car was full of smoke.”
He added: “As a nurse, I’ve seen the effects of passive smoking and I think something needs to be done.”

The issue was brought up at Spalding Town Forum (on June 17) after Mr Le Sage had mentioned it to Coun Angela Newton. 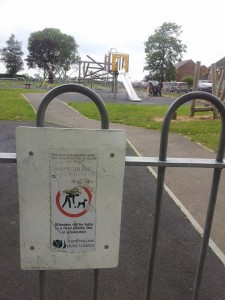 One of the signs at Monkhouse Play Area in Spalding. It reads: “No fouling. Clean up after your dog.” Ward district councillor Angela Newton wants play area signs to say “no dogs”.

She said: “I wonder if it ought to be banned in our play areas.
“I’d also like to speak about having no dogs in our play areas. There’s a sign at Monkshouse saying ‘don’t let your dogs foul in here’, but we don’t want dogs in there so there would be no fouling.”

Coun Harry Drury said: “I’m a smoker and a dad and I wouldn’t dream of smoking in a playground.
“I think there’s a public health issue there where children congregate.
“I’m also a dog owner. Whenever we take the kids to Ayscoughfee [play area], we will keep the dogs away.
“I don’t think my dog would bite a child but you never know.”

He added: “A play area should be a safe environment for a child to run around.
“You can’t do that if there’s a smoker there or a dog.”