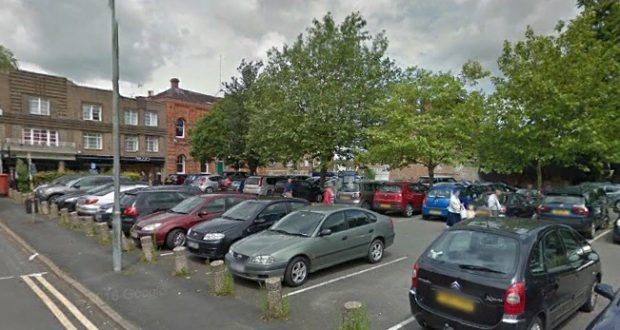 No-one has been policing paid-for car parks in South Holland for years, it’s been revealed, but the council says they will be monitored ahead of the incoming hike in prices.

A South Holland District Council spokesman told The Voice that as part of efficiency savings, the policing of car parks was stopped in February 2017.

Last month we revealed car parking charges are to be increased including day tickets rising by at least 233 per cent and season tickets increasing from £260 to £460.

It led to motorists including Jeremy Bowkett contacting The Voice to say people have been parking without paying for many months.

The 71-year-old of Fengate Road in Spalding volunteers every Tuesday at the Gentleman’s Society in town, but has regularly found he is unable to park in Herring Lane at 9am.

“I did notice a lot didn’t have tickets,” he said. “I mentioned it to one person who had said they’d not paid a penny for over a year and they park there all day.

“There’s about 80 spaces and when I looked around about 60 didn’t have tickets.

“I spoke to someone at the council about it in March, but didn’t hear anything afterwards.

“I emailed a number of councillors but didn’t hear anything except from one who said they’d investigate, but I’ve not heard anything since.”

Jem continued: “It’s not just about the council being defrauded. In turn the council is defrauding its shopkeepers and market traders.

“Each blocked parking space could allow three shoppers per day into the town to spend money, instead of being driven away to out-of-town or online shopping.”

The authority has since changed the format of its financial statements, though a ‘gross income’ £304,000 figure for ‘transport services’ was listed in the 16-17 statement.

In March 2017, The Voice ran an article that said due to what the council said was a long term illness of a member of staff, no motorists were issued with tickets during the financial year 16-17.

The council spokesman now says a policy of council workers identifying and targeting hot spots where parking needed to be enforced is not working and it “will be appointing a partner to police in the very near future”.

Last week the district council’s cabinet backed the moves to increase parking charges as well as charge people to use the gym-side of the Castle Sports Complex and Gore Lane for the first time.

Coun Roger Gambba-Jones told the cabinet: “After ten years we’ve decided to take the bull by the horns and recommend that car parking charges be increased to a more realistic level.

“Research has been carried out with our neighbouring councils and what you see is suggested increases which will bring us more in line with other Lincolnshire councils.”

“It’s not an excessive amount in our view.

“The purpose of car parking charges is never to make a profit but always achieve a balance that allows you to avoid expense to the general tax payer.

“It’s to maintain those car parks and achieve an improvement where possible which is something we are proposing to do.

“Users do not consider charges to be the number one concern to them. They’re interested in location and security.

“We’ll be ensuring where we can that we improve the condition.

“The percentages always look huge when the starting figure is very low but we’ll see the opportunities that represents to make improvements.

”We’re always seeking to make sure that non-users are not subsidising car parks that are benefiting a limited number of users such as those in Sutton Bridge or further afield.”

* The leader of South Holland District Council, Lord Gary Porter also told the cabinet to ‘be careful’ about its plans for charging for parking on Gore Lane.

People have been parking on the site of the former Telephone Exchange which was knocked down and the council has previously said it’s looking to resurface the area and install parking machines.

Lord Porter said: “We need to be careful how we treat the Gore Lane site because that site was knocked down for a reason and it wasn’t purchased as car park, it just happened to be a car park for a period of time.

“We don’t want to invest too much money on something you might have to dig it up in the future.”

When asked what he meant by his comments after the meeting, he told The Voice: “The land on Gore Lane was bought as prime town centre land.

“If you want to go and build something you don’t want to spend money resurfacing it if you’re then going to dig it up again.”