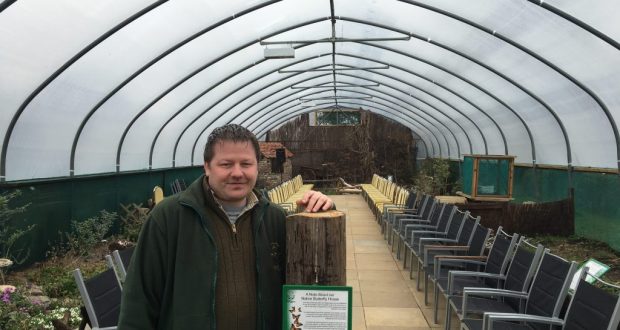 A plea to help pay for food for the animals has been made by a hugely popular owl and wildlife centre that was due to open for the summer next week.

The Easter holidays is traditionally one of the busiest times for the Baytree Owl and Wildlife Centre and it’s just completed some renovations ahead of the annual post winter influx of visitors.

However, with the closure of public places due to the Covid-19 outbreak, the centre says it’s ‘already starting to struggle’ as it doesn’t know when it will receive income.

The couple who run the centre Mark Birdsall and Louise Ellis, have already stopped their income from the centre and last week they had to lay off their only member of staff.

Mark posted a video to Facebook this morning with a group of American barn owl chicks where he revealed he’s contacted South Holland and The Deepings MP asking where the centre could get financial help.

For now they’ve added a donate button on the website and while pushing a new range of books and learning materials from their online shop.

They’re also setting up an initiative called a ‘Meal Ticket’ with costs starting at £5 that will feed a bird. Anyone purchasing a Meal Ticket will get a picture of the bird they’ve helped a free ticket to the centre when it’s open.

Mark said in the video: “It’s a really difficult time for us at the minute.

“As an with any animal park we rely on admissions to the centre in order to maintain the general upkeep of the centre and put food in the bowls of all the animals and birds that we care for.

“Even a few days in, we’re already starting to struggle.

“Every year, just after the winter period we put money into renovations ahead of re-opening.

“This year we’d put money into the new flying display area ahead of the planned re-opening on April 4, which is obviously now not happening.

“In the Easter Holidays we have a big chuck of people in and it pays for the things we’ve done in the winter.

“Obviously now we have very little money left and we don’t know when we’ll get any income in again.

“If you can spare just a pound, every little will help.

“Hopefully in a few months time we’ll be back up and running.”

Mark explained it’s a particularly difficult time given the number of babies the Baytree centre are currently looking after in addition to the around 100 birds plus other animals, but they’d already had an immediate reaction from the video.

He told The Voice: “Already people are donating, £100 or £50 or taking up our idea of the meal ticket.

“On average our food bill is about £250 a month but with the 13 babies we have currently that’s an extra £50. As they’re babies they need more expensive, high in protein food.

“This is really just to feed the birds. We’ve got money to feed them for a couple of weeks but we’re very conscious that within three or four weeks we could be in dire straits.”