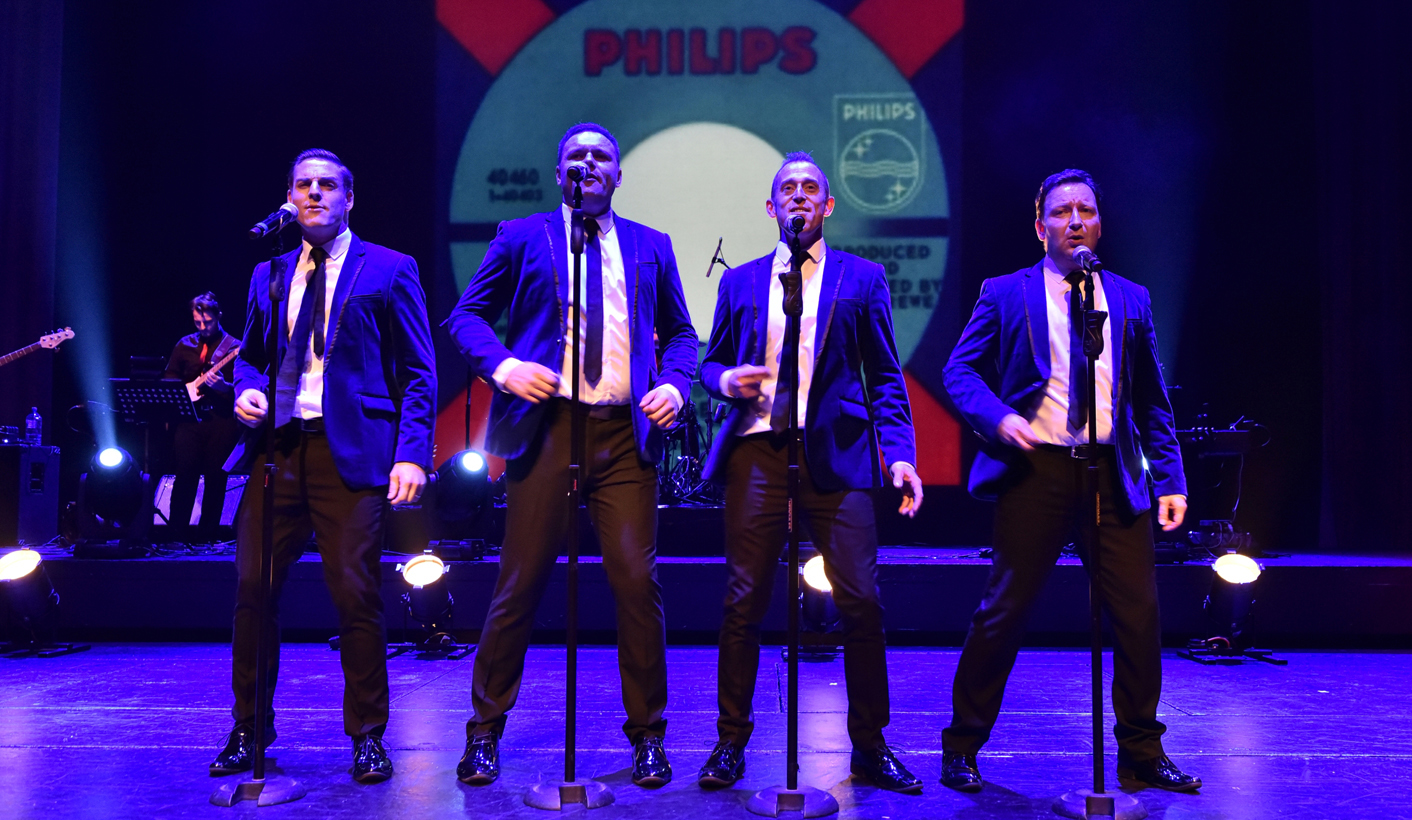 Oh what a night at Cresset

Bye Bye Baby takes you back in time on a musical journey through the career of Frankie Valli & The Four Seasons, whose songs graced such films as The Deer Hunter, Dirty Dancing and Grease.

From their early beginning in the 1950s, when Frankie first joined the group, this show celebrates the greatest hits such as Beggin, Big Girls Don’t Cry, Walk Like A Man, Let’s Hang On, Who Loves You, December ’63 (Oh What A Night), Bye Bye Baby, Can’t Take my Eyes off You, Fallen Angel and Grease through to a superb grand finale medley of more of the group’s greatest hits.

The combination of world class vocals and harmonies, as Jamie Ledwith scales the falsetto heights of Frankie Valli, along with snappy choreography and a vast catalogue of hits makes for a memorable and unforgettable night of nostalgia.