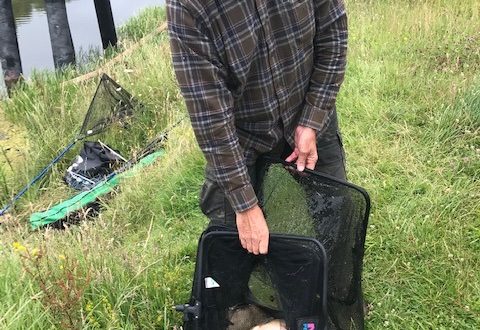 Bream continue to show on the North Level at Main Road with some excellent weights in the latest round of Tydd Gote Angling Club matches.

Newcomer Alan Chambers impressed at both the Wednesday Open and the Sunday Club match.

On Wednesday Alan was on hot peg 35 and fished feeder and worm for seven big bream for 31lb 12oz and a clear win.

Steve Fox was on peg 25 and fished similar tactics for four bream for his 20lb 14oz and second place with Colin Burton also taking four fish from peg 34 for 17lb 1oz and third place.

At the Sunday Club match Andrew Kilby had peg 35 drawn for him and it was no surprise when he romped home with six bream for 25lb 4oz.

But it was that man Chambers again who took the runner’s up berth with two big bream to worm from peg 20 for a 10lb 12oz total that put him just in front of Martyn Thomas on peg 26.

John Taylor had the best small fish net, close to 200 fish from peg 10 for 8lb 2oz and fourth with Steve Borrett fifth on 6lb 7oz from 11.