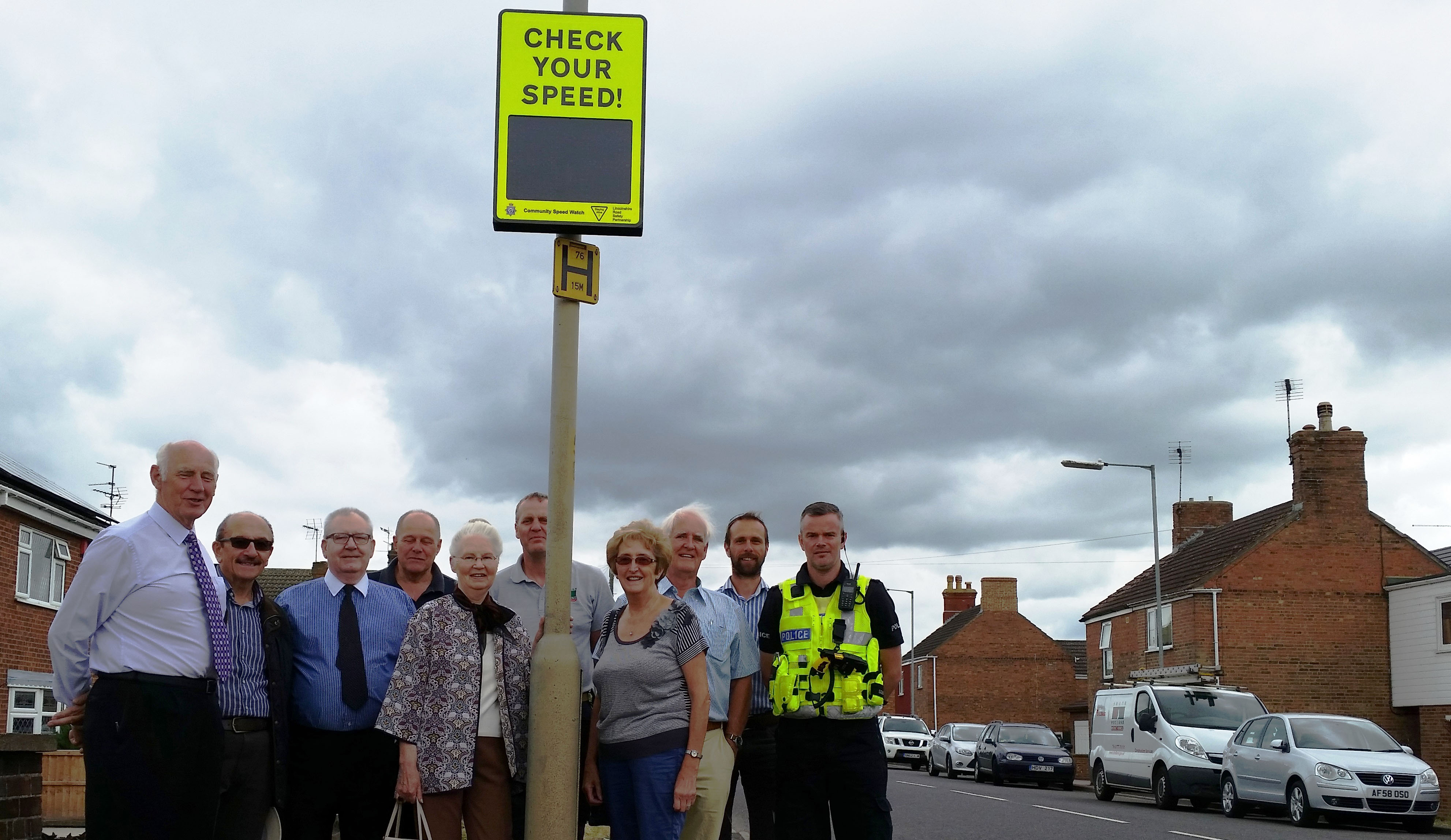 New reactive road signs which make drivers aware of their speed have been installed in Spalding.

Earlier this year all of the town’s district councillors agreed to fund the signs through their designated member budgets.

The two ‘dot matrix’ signs light up and advise drivers of their speed to remind them that they are in 30mph zones. They are powered by rechargeable batteries and are designed to be moved between different areas.

The signs will be regularly moved around busy locations including:

Councillors decided to act after receiving complaints about speeding drivers, and joined forces with Spalding PC Craig Lockton and Lincolnshire Road Safety Partnership to get the signs installed.

Coun Angela Newton (Monks House ward) said: “We’re confident that the signs will make a positive difference in our communities and keep people safe on our roads.”
Coun Roger Gambba-Jones (Wygate) added: “If they make drivers more aware of their speed and the fact they are in 30mph zones then they will prove excellent investments.”
Coun Christine Lawton (Wygate) added: “This is a great way to make use of our ward budgets. The signs act as a quick and effective reminder for drivers.”

Lincolnshire Road Safety Partnership launched its Community Speed Watch initiative last year and since then more than 100 community groups across the county have signed up and received similar speed signs. As well as the re-active signs for Spalding, six additional static signs have also been donated by Alan Hardwick, Police and Crime Commissioner for Lincolnshire.