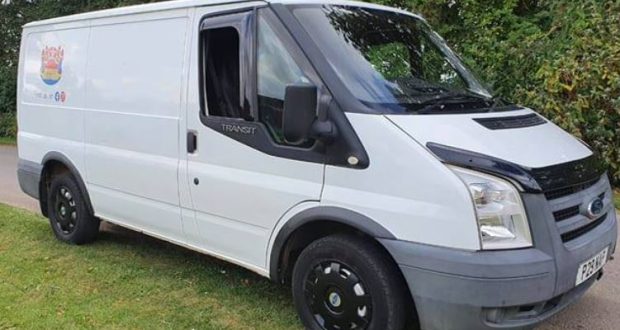 A Holbeach business has been rocked by the theft of a van packed with equipment.

The white Ford Transit van was parked outside the town’s police station when it was taken last Tuesday night.

Nick Parrish started his new business Bounce House Party just before the pandemic and specially made inflatables costing £7,500 were inside the van.

But a week after the theft he was still waiting for officers to contact him.

“I must have phoned 17 or 18 times but nothing. I didn’t even get an incident number until Saturday so couldn’t put in any insurance claims,” he said on Monday.

“I am totally gutted by what’s happened. We work really hard and I have had to remove options from our website because they were stolen. It’s devastating,” he said.

Although there were some items not taken, Mr Parrish has had to borrow items to ensure he didn’t let people down as a result of the theft.

He also works full time as an engineer to supplement his income.

“The police said they would come at 3.30pm on Wednesday, but they didn’t. I was told a sergeant would phone on Thursday, but heard nothing. I couldn’t claim my insurance without an incident number and was on the phone to the police again Saturday to try and get one. I’ve yet to hear anything from them.”

Police said they were investigating the theft and are appealing for witnesses. Anyone with any information should call 101 and quote incident 76 of October 6. They made no comment about Mr Parrish’s number of calls.