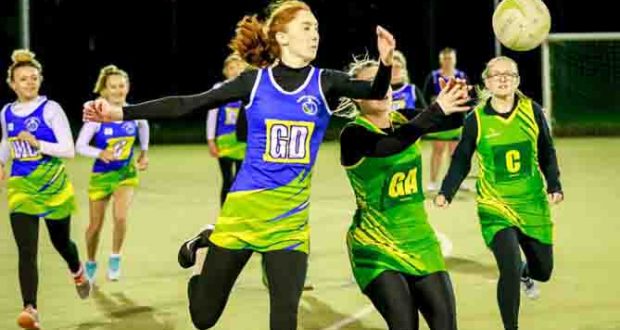 Netball round-up: The Sky is the limit for resurgent Tulips B after impressive win

Tulips B got back to winning ways in the Boston Netball League B as they saw off Boston Boltz Sky 43-12.

The high-flying Spalding Netball Club side started the game with intent, producing some beautiful movement down the attacking end.

Lucy Boyce and Millie Weller were in sync in the shooting circle and both put the ball up with confidence to ensure a 21-4 half-time lead.

Down at the defensive end of the court, Ellie-Mae Stokes and Amy Bramma worked in partnership and got several intercepts and tips.

The Boltz’s attacking players were reluctant to let the ball go as Tulips were reading their game play, forcing them to make errors as the game slipped away.

Overall it was a great team performance from Tulips, with some lovely link up play across all areas of the court.

The opening quarter saw some amazing communication and passes from the Yellows, but the Boltz went ahead with some great shots.

Yellows made some great progress in the second quarter and were only three behind due to some brilliant attacking in the D, but Boltz managed to stay ahead.

Going into the third quarter Tulips found themselves in a great rhythm and managed to close the gap further thanks to some incredible shooting – meaning they were only two behind.

The last quarter was fast paced and Yellow moved to within one goal of parity, but they ran out of time and the game ended at a very close 16-15 to Boltz Red.

However, it was a very positive game for the Tulips, who synced well together and found a brilliant rhythm.

Special mention to Freya Davis, who was named players’ player and umpire’s player of the match.

Held at the Castle Sports Complex on Wednesday (February 19, 8pm), all are welcome to attend.