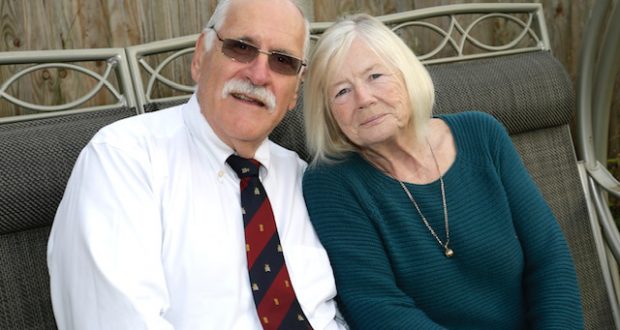 A Navy veteran who now helps others like himself has been awarded the services equivalent of the MBE.

“It’s come completely out of the blue,” the 73-year-old from Fleet Hargate said. “I wasn’t expecting it at all, but then have had to keep it quiet until Merchant Navy Day on Friday when it was announced.”

Roy was inspired to join the Navy in 1965 by his dad Cyril despite the fact his boat, The Dorset, had been torpedoed as part of Operation Pedestal in World War Two.

Roy spent six years with them before joining the London Fire Brigade.

He worked there until he was injured inhaling toxic fumes on a job before a spinal injury suffered in a car accident meant he had to take early retirement.

That didn’t stop him wanting to serve though and after moving to Lincolnshire with wife Kate, he answered an advert to help out with the Boston and South Lincolnshire branch of the Merchant Navy.

He soon became treasurer and then chairman of the branch and in 2012 he took on the national role of membership secretary for the whole of the Merchant Navy Association.

Normally the Merchant Naval medals are handed out straight away at Trinity House near the Tower of London by Princess Anne on Merchant Navy Day (September 3).

Due to COVID-19 that hasn’t happened this year but Roy says he’s been told it’s hoped the service will be rearranged for November or December this year.

“I’m extremely proud,” Roy continued. “There’s so many amazing people in the Merchant Navy who deserve this medal and with only 16 people being awarded it this year in the whole of the country I’m just proud they think I’m deserving of it.”