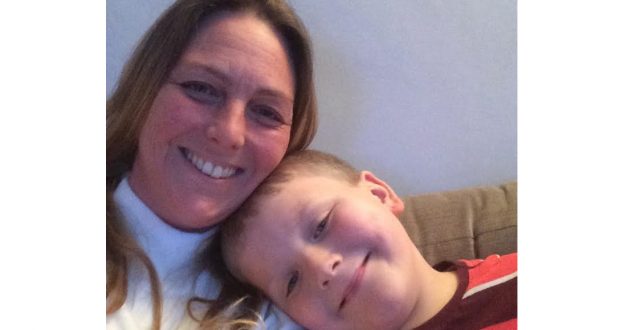 The mother of an autistic eight-year-old boy is having to consider moving house because Lincolnshire County Council cannot find him a suitable school place anywhere near their home.
Rhonwen Humphreys says Lincolnshire County Council has been trying hard but the best offer she has had for Meredydd is a place in Brigg – 67 miles away from their home in West Pinchbeck.
Meredydd is currently at Gosberton Clough and Risegate Primary School, but Mrs Humphreys says he needs to be in a special school.

She said: “I’ve tried very hard to keep him within the mainstream environment but over the past 18 months it’s become apparent that he’s in the wrong place.
“The school has been very good, helping his peers to understand him but as they’re getting older the gap between them is becoming wider.”

The council looked for a place locally but when none were available it applied for further funding to look outside the county, still with a negative response.
The next step was seeking special needs private education, which returned the Brigg offer and two further ones at residential schools, which Mrs Humphreys says she would not consider.

She added: “The only other option I have is uprooting my family. It shouldn’t be necessary and it seems quite unfair when I have two other children at grammar schools who are doing excellently.”

Meredydd’s condition means that he is only able to cope with two full days and three half-days at his current school, restricting his single mum’s ability to work.

A former teacher, Mrs Humphreys said: “The uncertainty is awful for him.
“I’m frustrated that there are no special needs schools out there with places. Why are the council not looking at opening another? That won’t help my son but there’s obviously a need for it.”

She expects other parents are in the same predicament.

“Most of our children and young people go to a school which suits their needs. Like some mainstream schools, however, there are always going to be occasions when there are no places at a preferred school, other schools might not be appropriate for a child’s needs and we have to support children with the best alternative available.”