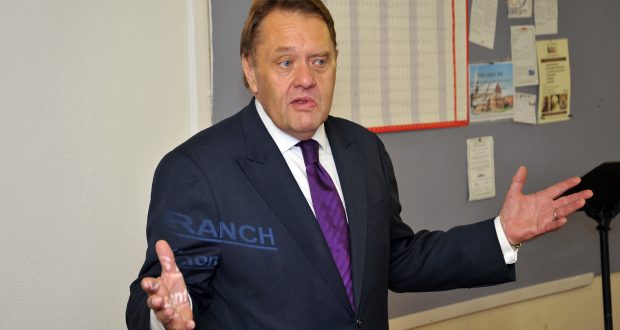 South Holland and the Deepings MP Sir John Hayes has said he’s writing to the district council with concerns over the future of the markets.

As previously reported concerns have been raised that new measures brought in to make them safer amid the COVID-19 pandemics were having an adverse effect on traders, particularly in Spalding Market

Particularly controversial are stall holders having to source and set up their own stalls, a decision Called-In by Coun Angela Newton recently

However last week South Holland District Council’s cabinet voted to keep that decision ahead of later deciding if it was just for a trial period or a permanent measure.

The same has also been said of market traders having to go online and book and pay for a slot at the market every time they attend.

Coun Newton has raised concerns that the number of traders has declined as a result.

Local MP Sir John Hayes (pictured), said that he too would be contacting South Holland District Council to ask what it was doing to improve the market and supporting its traders.

He said: “It’s an issue I am concerned about and I’m going to be writing to the council.

“I’m a regular customer at our area’s markets so I know them very well and I know they have been missed in the last few months.

“I wouldn’t want to see any reduction in the number of traders so the decision is important.”

Market trader Craig Lyons told The Voice: “The market should never have been closed.

“It’s an excuse, that thankfully we are not stupid enough to believe. It seems they are doing all they can to kill this market.”

At last week’s cabinet meeting Coun Roger Gambba-Jones, portfolio holder for place, added that every tax payer in the district contributed to the staff bill for erecting stalls on Tuesdays and Saturdays in Spalding which ‘is not fair.’

“There is no question of us turning our backs on traders,” he said.
Council leader Lord Porter said: “The council is committed to do as much as it reasonably can for the market.”