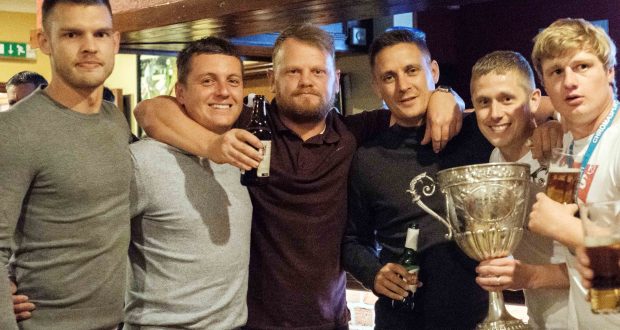 Moulton Harrox rounded off another hugely successful season with their presentation night on Saturday.

Having won the ChromaSport PDFL Premier Division under the charge of Kev Nottingham, there was much for the club to toast at their Broad Lane base.

Joe Townsend took the coveted players’ player of the year prize, while Ashley Coddington and Dalius Kisla shared the manager’s player of the season award.

Keeper Jamie Robinson landed the club’s most improved player of the season prize, while Lee Hudson took the Clubman gong.

For the Reserve team, Lol Price was players’ player and Chip Wallace claimed the manager’s player of the season award.

There was also a special gift from the players to Ken Smith, while they also made a donation to Danny Lambe in support of charity.

Numerous recognitions were also made to round off the night.