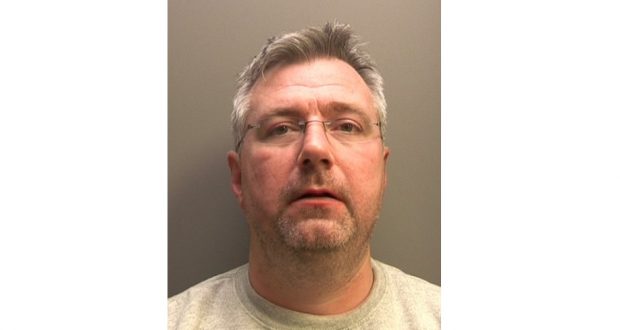 The “popular and charismatic” founder of a Lincolnshire choir was this afternoon (Friday) jailed for eight years at Lincoln Crown Court after being convicted earlier this month of sex attacks on a teenage boy.
Andrew Clingo (43), who was musical director of the Handful of Harmonies Choir and is a former primary school teacher, was also placed on the sex offenders’ register for life and given an indefinite sexual harm prevention order.
He was also barred from working with children and other vulnerable people.
The court heard that his victim had been severely affected by the abuse he suffered and had twice attempted his own life.
The victim’s father in a victim impact statement described Clingo as “a monster”.
He added “My family has been torn apart by the evil acts committed by Clingo.”
Judge Simon Hirst, passing sentence, told Clingo: “This boy was vulnerable and specifically targeted by you. There was a significant amount of grooming.”
Clingo, of Barleyfield, Langtoft, near Bourne, denied three charges of sexual assault but a jury took just 90 minutes to consider the evidence before returning guilty verdicts.
Clingo taught at the Fulbridge School in New England, Peterborough, and Bourne Abbey School, as well as running a Stagecoach Theatre School in Northampton and a local drama group claimed to the jury during his trial that his victim was over the age of consent when the incidents happened.
But his evidence was rejected by the jury who found him guilty of sexually assaulting the boy between October 1, 2007 and March 1, 2009 when his victim was aged 14 and 15.
Mark Watson, prosecuting, told the jury: “Andrew Clingo is a popular, charismatic man. He is somebody heavily involved in his local community and is well respected.
“He runs a drama group and at the time had a franchise with the Stagecoach schools. It is that charisma, charm and popularity that allowed him to abuse this boy.”
Mr Watson said that Clingo made his first move towards he boy when giving the teenager a lift in his car.
During the journey the vehicle stopped at red traffic lights and Clingo kissed the boy.
Clingo subsequently moved on to a higher level of abuse and performed sexual acts on the boy, said Mr Watson.
After a complaint was made to police Clingo was interviewed and told officers that there had never been any sexual behaviour between himself and the boy.
Mr Watson  said the victim had been severely affected by what happened.
“Essentially he struggles to put into words the impact because of the length and depth of the abuse that he has suffered.”
Robert Underwood, in mitigation, said that Clingo, who had no previous convictions, had encouraged a number of youngsters in a positive way through his work with drama groups.
“The career that he built will no longer be available to him at the time of his release and he will have to effectively restart his life.
“A prison sentence will be particularly hard for him to bear.”
2019-05-17
Tom Cassidy