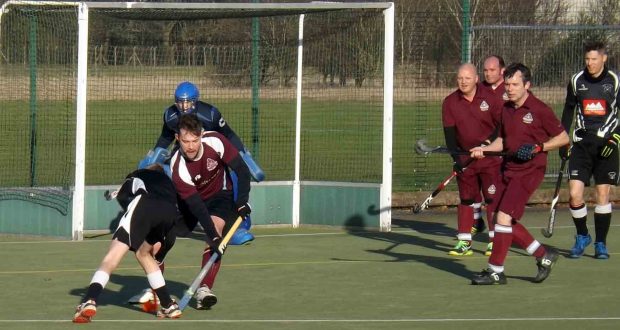 Men’s hockey round-up: Spalding bounce back as bottom side are crushed

Resurgent Spalding 1st bounced back from a heavy defeat the previous weekend by thrashing Shefford and Sandy 1st 7-0 in East Men’s Hockey League Premier B on Saturday.

Goals from Stu Cunnington (2), Joe Higgins and Harry Vickers were enough to take all three points at Glen Park as Spalding showed no mercy against the division’s basement side.

Spalding, now fifth in the table, were boosted by stand-out performance from youngster Matthew Peach – who deservedly claimed the man of the match award.

The Greens started well and should have been 2-0 up before eventually falling behind against the run of play. Josh Baker soon levelled things up with a fine finish, but Sutton went in 2-1 down at the break.

Despite a solid showing from man-of-the-match Harry Synott at the back, the hosts netted three more goals to seal a big win.

Down in Division 3NW Long Sutton 2nd slipped to a 1-0 home defeat against Cambridge South 2nd despite a star man showing from Frazer Watt. They stay in fifth place.

Tom Bettinson was the sole scorer in the loss, which leaves Spalding eighth.

It was a similar story for Spalding 3rd in Division 4NW, as they went down 5-1 at home against Wellingborough 1st.

Reuben Gray found the net for the hosts, but they remain in the bottom three after a ninth defeat of the campaign.

Tom Bland netted the consolation for the visitors, who are seventh in the standings.

George Neale found the net and Ian White was man of the match, but that was all Sutton had to shout about.

Also beaten were Spalding 5th, although the youthful side made Leadenham 3rd work very hard for their 2-1 win.

A severely depleted Spalding side travelled to Leadenham in an encounter that could be described as tough and physical.

They were forced to call upon the services of veterans Fred Morris (his first game in several years) and David Turner against a very speedy home side.

However, as was shown the previous week – and on plenty of occasions during the season – Spalding’s determination and grit got them through the game.

Although on the balance of play it would be fair to say that the home side deserved the win, Spalding can feel proud of the way that they kept going through some very testing periods.

Spalding equalised in the second half after going a goal down in the first half when Andy Barlow found Morris, who marked his comeback with a deflected finish after some superb work by Matthew McManamon-Cookson and Ian Hetherington on the left.

However, the travelling side couldn’t hold on to that position and conceded a second goal despite goalkeeper Scott Evans’ best efforts.

They left RAF Cranwell with no points, but had plenty of positives to take.

Adolfo Chantre impressed despite struggling with illness, while Oliver Baker had a great game too.

McManamon-Cookson was tricky on the left wing, Tiago Read battled well against players twice his size and twins Harry and James (MOTM) Blackman put in a great shift.

Despite the defeat, Spalding’s youngest side remain third in the league table.