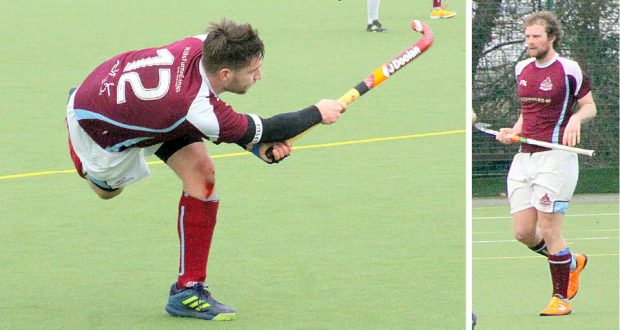 After picking up just two draws from their opening 16 games of the season, Spalding picked up a historic 4-3 victory over Chelmsford 1st to keep their faint survival hopes alive.

Captain Josh Rowbottom opened the scoring from close range for the home side 20 minutes in, before the visitors levelled the scores going into the break.

Spalding came out determined to get the win and went ahead again with a chest height deflection from Stuart Cunnington, which eluded the keeper.

Michael Morris increased the lead with his first touch with a deft lob over the stranded keeper following some neat work by Matt Day.

However, with 15 minutes still on the clock, the visitors pushed harder and harder and eventually grabbed one back to set up a tense last five minutes.

The pressure was on the Spalding defence and heartbreak came when Chelmsford found the equaliser with just two minutes remaining.

However, unlike recent performances, Spalding went for the jugular with nothing to lose and Will Baker made a neat pass across goal which went into the net off a Chelmsford defender to give

Spalding the win much to the delight of the vocal home crowd.

Spalding host Blueharts this Saturday which is a must win game if the great escape and survival in East Premier A is to happen (11.30am).

Down in Division 3NW, Spalding 2nd suffered a 7-1 reverse at Ely City 1st to remain in the bottom three.

Meanwhile, basement side Spalding 3rd went down 2-0 at home to Cambridge City Vets.

As the half wore on, City started to gain control and during this period scored with two short corners to take a 2-0 lead into half time.

As the game reached the last quarter it was Spalding who started to dominate creating several chances but they were unable to find the finishing touch which would have got them right back into the game. Despite the loss, there were plenty of positives for Spalding to take from the match.

With five regular players playing in the third team and four others being unavailable due to half-term, this was always going to be a tough match against the league leaders.

Kettering started strongly and they were dominating possession. A swift move down their right saw a ball fired into the D, which their forward beat Scott Evans to and slipped a goal in at the near post. Further goals came, one deserved, the other two more gifted when the defence failed to clear convincingly.

David Dorey and Tim Amess in the centre of midfield were trying their hardest to get on top but their hard work was more on the defensive than in attack.

Ruskin was industrious in attack, supported well by Alex Cunnington and Tom Amess, but opportunities were limited and the few sniffs of goal the visitors had saw the defence and goalkeeper standing firm.

With that in mind, being 4-0 down at the break was a little harsh on the youngsters.

The second half saw Kettering hit an early goal, and Spalding had some good passages of play but they failed to give the home team any significant problems.

The Spalding players were battling hard – especially Chris Grooby and Alex Doughty in the full back positions, and Martyn Smith and Jack Martin in the middle.

Kettering scored a couple of late goals but Spalding and their makeshift team can hold their heads high as they never gave up and felt the scoreline didn’t justify the performance.