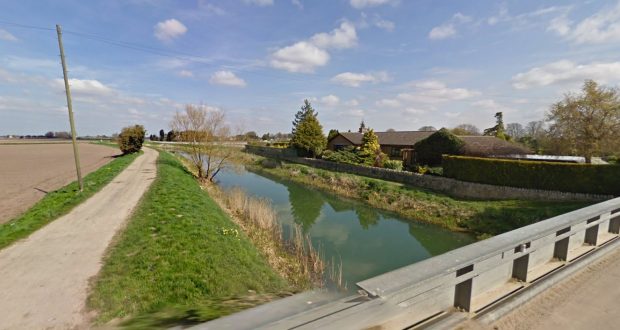 Railings are being erected at a Pinchbeck bridge in attempt to stop young people jumping into the water from it.

Concerns over anti-social behaviour in the Crossgate area have led to the measures requested by Pinchbeck Parish Council for the Flax Mill Bridge.

Coun Terry Moore told the meeting: “Last week at one point there was about 30 young adults there diving into the water.

“It’s shallow there and there’s lots of water, so it’s quite dangerous.”

Coun Ann Savage responded: “We need people who have been troubled by anti-social behaviour to keep a record of incidents and report them through the correct channels to South Holland District Council.

“I went over last Friday and it was lovely to see groups socially distancing but lying in the sun and enjoying themselves.

“We want young people to go out and relax and enjoy themselves, but what we don’t want is them disturbing people who are going about their daily lives.”

Speaking about the railings she said: “This is about keeping the young people safe.”

The meeting also heard that the parish council is looking at the cost of replacing play equipment that had been damaged recently.

The council also voted to set up a Parish Play Equipment committee to improve the facilities it has in the village.