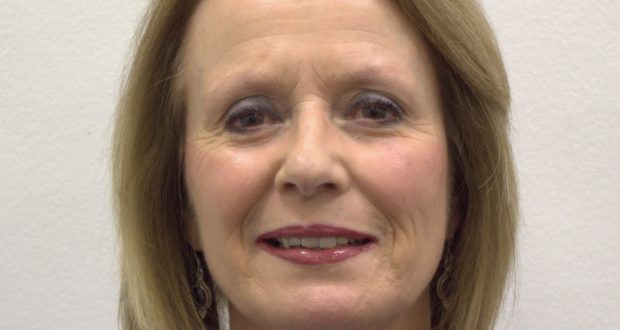 A retired teacher who has spent more than 40 years championing education for children with autism is to receive the MBE.

The delayed Queen’s Birthday Honours list was revealed on Friday night and Janet Corcoran had been keeping her secret since June.

A family reunion over Skype was arranged for Friday evening as Mrs Corcoran (pictured) could not tell anybody until 10.30pm.

“I had contacted my youngest son who lives in Detroit and my brother, who is in Dallas, to tell them both as soon as I was able to,” she said.

Married to Terry for 51 years, the couple moved to Donington from Northamptonshire for the birth of their first son Ross (42), who is autistic.

“It was a long time ago and things were so very different then. It took a long time for us to get a diagnosis,” she said.

As a result of her determination and that of another couple, they formed a local support group and were able to make inroads.

“We were very lucky with the support we had from the education authority at the time and from the county council. We couldn’t have done it without that support,” added Mrs Corcoran.

When she asked for the funding to pay for Ross to attend a school that could help him, she told the authority that she would ‘do what she could to try and give something back’ as a way of saying thank you.

As a result of more than 40 years working to improve and promote education for children with autism, she received an unexpected email in June.

“First of all I thought it was spam. Then I re-read it and read it properly and was so surprised.

“I have been overwhelmed with best wishes since it was made public,” she said.

The announcement had been delayed from the Queen’s official birthday in June so those working on the frontline against coronavirus could also be included.

Her work in raising awareness of autistic children’s educational needs, and ensuring that families receive the information and support they need has not stopped.

Mrs Corcoran was a primary school teacher and her husband, Terry, taught science at the former Gleed School.

The couple had two more sons, Alex, who died in an accident when he was 12, and Greg, who now lives in America.

Since retiring from teaching, she has continued her work with the Lincolnshire Autistic Society, the county Autism Partnership Board and she is currently chair of the education committee for the National Autistic Society. Mrs Corcoran is also chair of the governors for the Spalding Special Schools Federation.

“Our schools, the Priory and Garth are just outstanding and we are very lucky that our provision is good.”

The schools are part of the Community Inclusive Trust which has 15 academies.