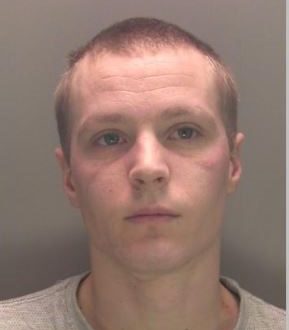 Man who was living in car jailed for series of burglaries

A burglar who carried out a series of raids after finding himself homeless was today (Friday) jailed at Lincoln Crown Court.

Darren Reegan, who at the time was living in his car, smashed his way into a property on Main Road, Hop Pole, and stole items including an I-pad, a laptop and jewellery.

Noel Philo, prosecuting, told the hearing, which was conducted via Skype, that Reegan went on to break into a house in St Thomas’ Road, Spalding.

Reegan used his elbow to smash his way in through the front window and took a computer, jewellery and other items.

Mr Philo said “He was seen by a member of the public who contacted police. As a result the police were able to come and apprehend him.”

After being arrested and interviewed Reegan was released on bail and went on to commit a third burglary at a property in Spalding Road, Pinchbeck. He carried out an untidy search of the property before taking a computer and jewellery.

The court heard he had no previous convictions in the United Kingdom but had nine convictions before courts in the Republic of Ireland.

Reegan, 27, of no fixed address, admitted burglary at St Thomas’ Road, Spalding, and at Spalding Road, Pinchbeck, which were both committed in January this year. He asked for a further offence of burglary at Main Road, Hop Pole to be taken into consideration.

He was jailed for two years.

Neil Sands, in mitigation, said that Reegan arrived in the UK at the start of 2018 following his release from a prison sentence in the Republic.

“He had two years in which he was offence-free. During that period of time he obtained employment in a local factory. What kept him away from trouble was that he was in a stable relationship with his partner and he avoided drink and prescription tablets.”

Mr Sands said the relationship ended and Reegan bought himself a car which he used to sleep in. He then started taking tablets again and went back to crime.