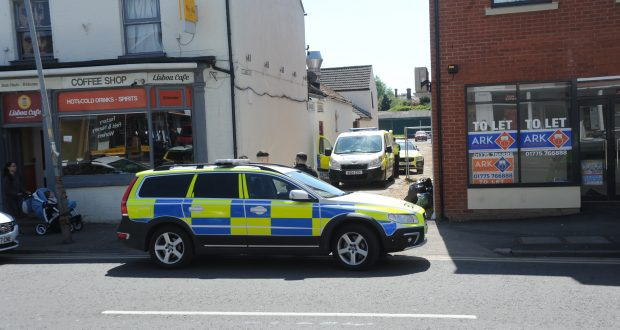 Neighbours were told to stay indoors and town centre streets were closed as police arrested four men after a man was reported to have been seen with a gun this morning (Monday).

At around 11am a number of police cars descended on Winsover Road and Short Street.

The police helicopter and dog unit were also in attendance.

Their activity centred on a row of newly built homes adjacent to Lisboa Cafe.

One 21-year-old man has been arrested on suspicion of possession of a firearm and three others aged, 24, 28 and 31 have also been arrested in connection with the incident. 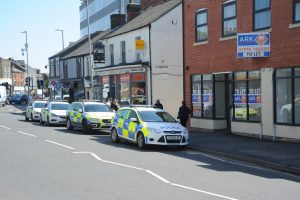 Maria Sousa and Louis Rodrigues were at the cafe at the time.

Louis said: “I was in the kitchen and a lady went to go and see what was happening outside, but as she opened the door she was shouted at to get back indoors by police.”

Maria added: “Police said there was possibly a man with a gun. We were told to stay indoors and weren’t even allowed to go across the road.

“I usually feel safe here. You don’t think of this kind of thing happening around here.

Winsover Road, St Thomas’s Road and Swan Street were all closed for around half an hour as a result of the operation.

Lincolnshire Police tweeted: “We are in Spalding  after a report of a man who had what looked like a gun.

“It’s unconfirmed what type of weapon, or if it is a replica. No reports of threats made or injuries.” 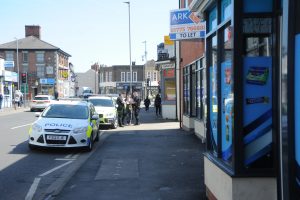 They tweeted 25 minutes later: “We are lifting the road closure in Spalding following the arrest of a man on suspicion of possession of a firearm. Thank you to the people of Spalding for your support and patience.”

On Mondy afternoon they announced three more people had been arrested.

“In addition to a 21 year old man (arrested on suspicion of possession of a firearm) three further men aged 24, 28 and 31 have been arrested in connection with the Spalding incident today in which a man was reported to have been seen with a gun.” 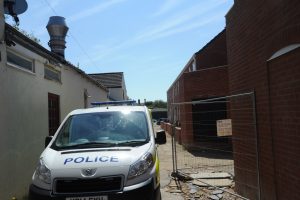