An 82-year-old man went into a burning building to rescue a barbecue and a lawn mower last week.

David Derby says he lost £1,000 worth of equipment in the blaze that destroyed an outbuilding and shed at his Starlode Drove home in West Pinchbeck on Saturday, March 14.

But the retired floor fitter did manage to rescue one of his mowers and the barbecue from the flames himself.

David was speaking to his 84-year-old wife Jean in the garden shortly after 5pm when they became aware of the fire in an outbuilding.

“It was just dreadful,” he said: “My wife was in the garden when I’d came back from shopping and I went over to speak to her.

“We started hearing these bangs going off that sounded like a rifle firing and that’s when we saw the shed was on fire.”

David says that two lawn mowers were among the items destroyed as well as a gazebo.

His boat and an empty caravan owned by the couple’s son Robert were nearby but saved from the blaze.

As was the barbecue and one of the three lawn mowers thanks to David.

When pointed out it was quite a dangerous thing to do he said: “I suppose it was in hindsight. It was certainly very hot in there to say the least.

“No-one was hurt at all though.”

Fire crews from Donington and Spalding attended the blaze putting it out.

A spokesman for Lincolnshire Fire and Rescue said: “The cause was due to overloading of electrical sockets and extension leads within the outbuilding.”

However David told The Voice that he does not believe that to be the case.

He said: “The fire brigade were most helpful but they didn’t say what the cause was at the time.

“I think the only thing that was plugged in was one lead so I don’t believe it could be an over-loaded socket.

“We’ll be fine with it all as long as the insurance pays out.” 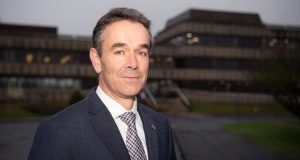 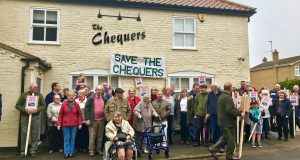