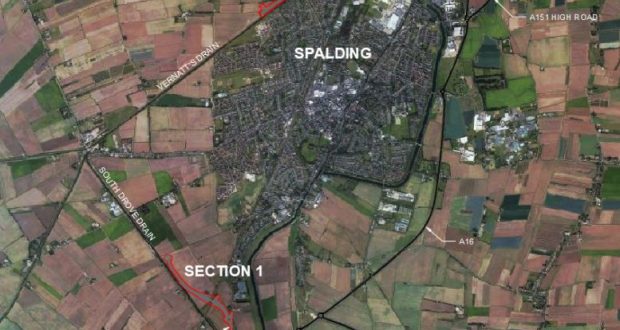 The map highlights the section that the planning applications refer to.

The start of major work on the first phase of the Spalding Western Relief Road has been delayed, though some preparation work may take place later this month.

Lincolnshire County Council say work on the first phase of the controversial project is now “unlikely” due to start before the summer.

But a spokesman did say that pre-work such as clearing land could take place before the end of the month where safe to do so.

While some preparation work has already been carried out, major work on the most northerly section was initially slated to begin last month.

Coun Richard Davies, executive member for highways, said: “Due to the uncertainty caused by the coronavirus pandemic, Eurovia has decided to shut down all of their sites and not start any new projects for the time being, including the north phase of the Spalding Western Relief Road.

“At this stage, we’re not certain when work will start, but it’s unlikely to be before summer.

“However, these are unprecedented times and it will ultimately depend on when government’s social distancing guidance is lifted and when Eurovia deems it safe for their workforce to break ground on-site.

“I want to reassure residents that we will continue providing essential highway maintenance services during this trying time to keep the county’s roads safe for key workers and those making necessary journeys.”

The road is being built in five different sections, only two of which, the most northerly and southerly sections, have planning permission so far. 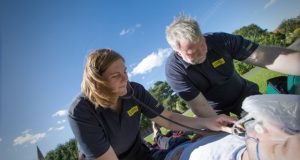