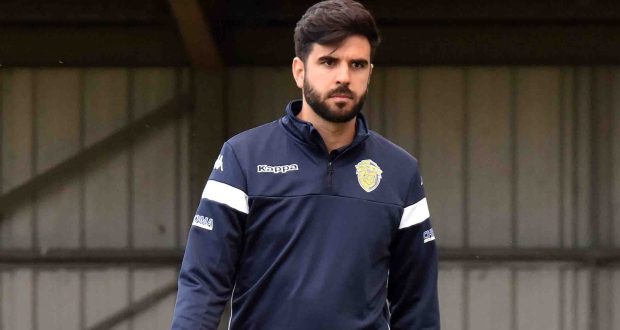 Spalding United began life after Gaby Zakuani with perhaps their most impressive result of the Pitching In NPL Midlands Division season so far.

A double from top scorer Jordan Macleod – including a winner six minutes from time – gave the Tulips a terrific 2-1 triumph at title-chasing Coleshill Town on Saturday, just two days after boss Zakuani left the club.

The win ends Spalding’s five-game winless streak and moves them to within seven points of the play-offs.

And, with the busy festive period on the horizon, there’s still plenty of time for the Sir Halley Stewart Playing Field side to break into the promotion picture.

Spalding handed starts to keeper Harry Fisk and striker Josh Hinds after both joined on loan from Hull City on Friday.

But they were without regular Glenn Yala, who has followed Zakuani out of the Sir Halley. His brother Ruddock Yala was also missing from the squad, as was injured regular keeper Michael Duggan.

Coleshill went into the game as hot favourites, having beaten then leaders Halesowen Town in their previous fixture.

However, it was Spalding who struck first in the final minute of the first half when Stefan Broccoli’s super pass found Macleod, who tucked the ball past keeper Paul Hathaway.

Although Macleod saw what would have been his second goal ruled out for offside in the second half, it was the hosts who looked the more likely and they eventually levelled in the 73rd minute.

It was Liam Molesworth who netted from close range following a Mansell cross.

From then on Coleshill were favourites to grab a winner, but Spalding had other ideas and sealed a stunning success when Hinds crossed for Macleod to turn home in the 84th minute.