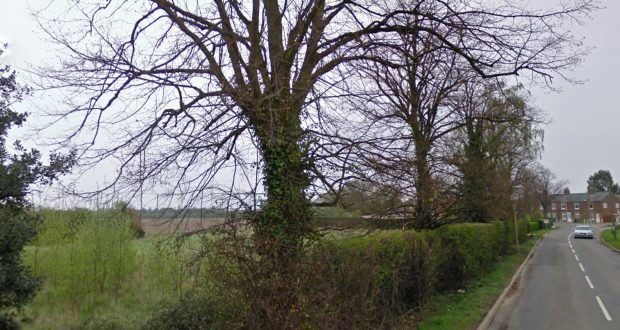 The land as seen on Google Street View

Homes passed despite being recommended for refusal

Six affordable homes are to be built on the edge of Long Sutton despite planning officers recommending they should be refused.

It was the third time the application by Proctor Bros for land on St James Road adjacent to Silverwood Garden Centre in the area known as Sutton Crosses has come before South Holland District Council’s Planning Committee after previously being deferred.

Planning officers recommended refusing the homes which would be sold at 80 per cent of the market value deeming the site to be in open countryside in policy terms and too far away from the centre of Long Sutton being south of the A17.

Coun Roger Gambba-Jones argued that the need for affordable homes related more to those looking to rent rather than purchase at 80 per cent of the value.

He said of the application: “It isn’t on the boundary, they don’t have a provider to manage it in the future.

“It’s in the wrong place. It’s not being delivered by a recognised model and South Holland District Council are not going to be managing it no matter what is suggested in here and it will, therefore, become open market one way or another.”

But other councillors felt the need for such affordable housing outweighed the negative effects of building outside the development limits of Long Sutton while stating other existing homes are neaby.

Coun Chris Brewis, said: “There’s a proper pedestrian crossing at the roundabout which is well marked.

“There’s a deep need locally and all of South Holland is to an extent in a flood risk area.”

Applicant Mr Stafford Proctor, said: “A developer has come on board to secure the land and deliver the units.

“Developers are submitting financial viability reports often in the hope of reducing the affordable home requirements. In this application the developer is openly offering affordable properties at affordable values for the market.

“They’re adjacent to the main town and will benefit the local area and local people providing a product ordinarily being denied to the council.”