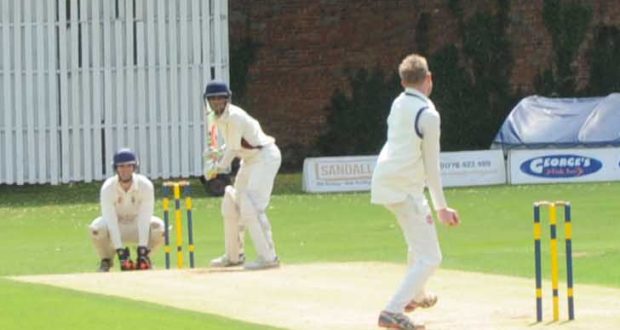 It was a good weekend for Long Sutton as both their Saturday and Sunday sides recorded wins.

In the South Lincs and Border League East One, the 1st XI’s bowlers did the job as they successfully defended 166-7 against Woodhall Spa having been put in by the visitors.

After Chris Booth (7) fell with the score on 20 Sangha and Dan Oldfield (17) added 49 for the second wicket.

Two quick wickets from Kieran Richardson (2-16) left Sutton 69-3 and Sangha finally fell with the score on 94.

Josh Baker (14) and Barry Stanway (30) then put on 46 for the fifth wicket and set up the acceleration at the end of the innings as Jimmy Harrison scored a nearly a run a ball 17 and Angus Bell hit 19 not out from 14 balls.

In the end that proved more than enough as Woodhall were bowled out for 125 with six overs to spare.

Baker was the main wicket taker picking up three scalps as Long Sutton picked up 18 points.

* There was a win too for the Sunday XI by four wickets over Castor and Ailsworth in Rutland League Division Three.

Long Sutton got on top right from the start with Steven Milnes bowling opener Andy Mazouris for a duck.

And the away side continued to pick up wickets throughout despite other opener Nick Wilson’s 39.

He was run out, as was second highest top scorer David Porter for 28 as Castor looked to up the rate.

They closed on 140 all out from the penultimate ball of the innings.

The visitors looked to be cruising to the target as openers Dan Oldfield (22) and Sangha (24) provided a solid stat before Angus Bell hit a fine 42.

A late wobble caused a little consternation but a 12 not out from Jacob Synott steadied Sutton and ensured they earned a four wicket win.