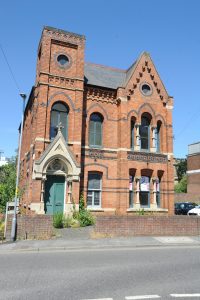 A woman is bidding for listed building status to be granted to a historic Spalding building subject to a planning appeal.

The Spring Garden property, which was formerly a Christian Association and Literary Institute and social club for Geest employees, was most recently owned by The Fitness Company.

A change of use application to turn it into flats from a gym and to build a four storey block of apartments in the adjacent car park was rejected by South Holland District Council’s Planning Committee in March.

However it’s understood the decision is being appealed.

Jackie Allen, who lives nearby on Spring Gardens, is now appealing to Historic England to have the building listed.

“I wanted to get it listed because it is historically important and aesthetically stunning,” she said. “We should look after our buildings.

“Everyone I’ve spoken to about the building was shocked that it wasn’t already listed.

“The Fitness Company building is not listed but should be and the building and surrounded area should be protected as it is in a conservation area.”

An archaeological survey carried out as part of the planning permission also found evidence of a historic waterway. 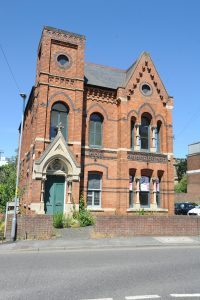 John Bland of the Spalding and District Civic Society says after research that the building situated opposited the old Royal Mail sorting office was built in 1857 and once contained a tower.

He said of the building’s history: “When built it contained a lecture hall, reading and class rooms with a library of 1,600 volumes.

“The Association eventually closed through lack of use and was sold to Geest who used it as a social club for their worker.

“It is described as amongst the finest non designated heritage assets in the town and is identified as being of local historic interest in the conservation area appraisal in the archaeological consultation response to the original planning application.

“The building does have an interesting history and is one of several buildings in Spalding such as the Johnson Memorial Hospital that aren’t listed and perhaps should be.”