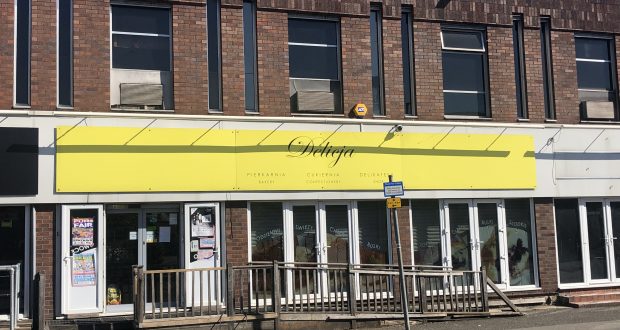 The transfer of licensed premises for a Spalding shop has been granted, despite Lincolnshire Police chief constable’s concerns of criminal involvement.

South Holland District Council’s Licensing Committee decided to allow Mohammad Salih Attuf to be named the premises licensee of Delicja in Westlode Street following a hearing on May 1.

As previously reported in The Voice, Chief Constable Bill Skelly objected to all the transfers, saying of the latest:

“Lincolnshire Police believe that the evidence presented in all the objections shows that granting the applications would undermine the crime prevention licensing objectives.

“All the individuals named in the those objections have a history of involvement in premises that have been found selling or in possession of smuggled goods,” the notice of objection states.

However the decision notice of the Licensing Committee of Angela Harrison, Graham Dark and Anthony Casson states: “The Police objection centred around possible links to other parties who may have been involved in unlawful activity in the past.

“The applicant has been involved in the premises since August 2018 with no evidence of any unlawful activity at Delicja during that period and the premises have held a licence for a number of years with no reported problems.

“The test to reject a transfer application is a high one and the licensing regime is permissive. By transferring the premises licence into his name, the applicant will need to ensure that there are no problems at the premises given that he is aware that the police may have misgivings about his previous associates.

“It was not felt that it would undermine the crime prevention objective to grant the application.”

Sergeant Kim Enderby from the Alcohol Licensing Team says: “Two previous attempts had been made to transfer the premises licence for this store, which were both objected to by Lincolnshire Police, as we had evidence which indicated Mr Atuff, the new owner of the business, had links to other persons who had been involved in the sale of illegal cigarettes.

“The second attempt to transfer the licence was withdrawn before a hearing could take place.

“Mr Atuff did attend the hearing for the third transfer application held on May 1 2019 at SHDC’s offices.

“On this occasion he was able to persuade the Licensing Committee that he was totally unaware of his associates involvement in criminal activity and once he had seen the Police evidence he immediately severed all ties with those persons and they will have no involvement in the running of Delicja.

“Mr Atuff is now the Premises Licence Holder for Delicja and well aware of his responsibilities under the Licensing Act 2003.

“We hope to be able to work with him to ensure that this is positively serving the local community.

“The Alcohol Licensing Team remain committed to targeting all criminal activity in or associated with any Licensed Premises.”