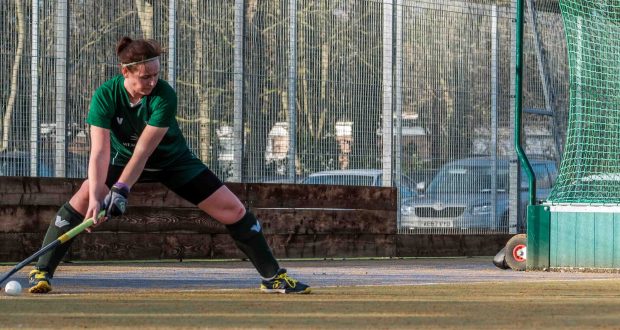 Long Sutton 1st took the South Holland bragging rights on Saturday as they got the better of Spalding Poachers 1st in the East Women’s Hockey League Division 2NW derby.

With Poachers flying high in the table, they were perhaps favourites ahead of the Peele Leisure Centre clash – but derby contests rarely go with the script.

Spalding came out of the blocks quickly and pinned Sutton back, with keeper Lorraine Wallis regularly called into action to deny the visitors on their many attacks.

Sutton’s player-of-the-match Jess Burton was magnificent in the timing of her tackles to thwart Spalding with their attacks down their left, driving forward to take the game further up the pitch.

At the other end, a fierce drive from Hannah Baker was superbly saved as the two rivals went in level at half time.

After the break, Sutton came out determined and took the game to Spalding.

Midway through the half, a quick ball by Tania White found Connie Gittins, who went on a lung-bursting run the length of the pitch.

She slipped the ball to Jemima Dodd on the P-spot and she gave Spalding keeper Donna Chester-O’Neill no chance.

Spalding looked to press once falling behind, but were being harried all across the pitch. Gemma Parr, playing in front of the back four, was continually breaking down their attacks.

Sutton were not done with their own attacking and won a short corner. The ball was drilled out by Parr to Baker, who struck a fierce shot which was well saved again. However, the ball fell back to Baker who lifted it calmly over Chester-O’Neill to make it 2-0.

Spalding fought hard to try and get something out of the game and Caly Priestley finally found a chink in Wallis’s armour when she put home the ball on the far post.

But it was too little, too late and time ran out for the visitors who went home disappointed and drop down to fourth in the league.

Sutton, on the other hand, are now just one point behind them in fifth place.

After the visitors missed a few big chances, Alford managed to grab the lead from a short corner which was almost saved by the solid defender Lisa Dean.

Spalding were not disheartened and finally found the net when a short corner strike led to several passes to Terri Bateman, who made it 1-1.

The second half saw Ali Wilson – back after a few weeks out – announce her return in style.

Captain Charlotte Morris decided to inject a short corner and Wilson and she calmly struck the winner into the bottom corner.

A stand-out showing from Martha Hoyles was the highlight for Sutton on an otherwise tough day.