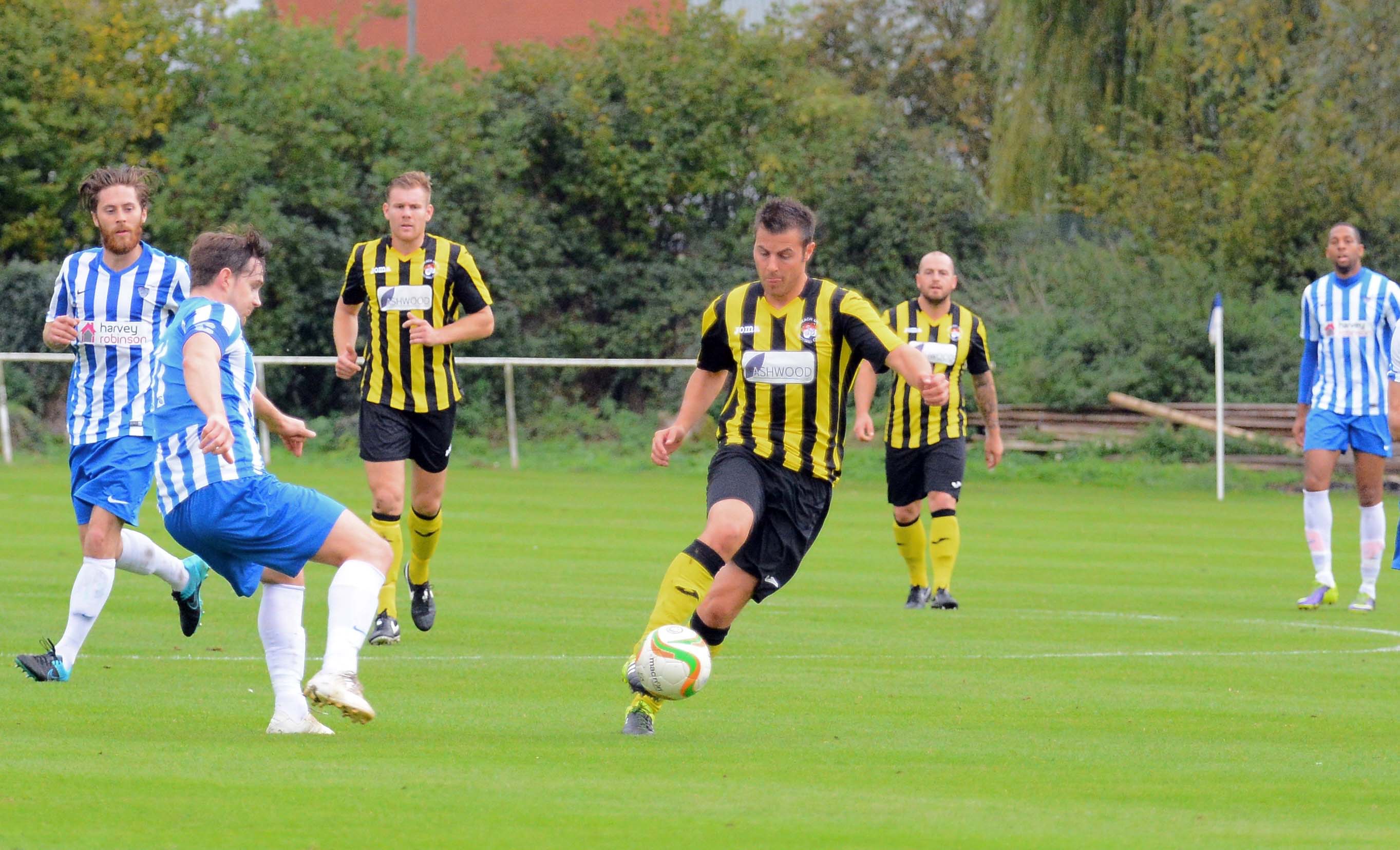 United Counties League Division One new boys Pinchbeck United are on the verge of pulling off a massive signing coup.

Tidswell is a double UCL golden boot winner and has played major roles in helping both Spalding United and Holbeach United to the Premier Division title.

Ross said: “Andrew came down to training last week and, since then, has showed all the signs that he wants to come to the club.

“He took part in the game on Wednesday night and hopefully his signing will follow.

“It will be a huge signing for us. He is an experienced player who has played at a lot higher level.

“He will also be a big help on the pitch with his coaching experience and giving out instructions.

“His passing and setpieces are unreal and his ability would be key to our plans.

“He has seen what we’ve done here the last two seasons and wants to come and be part of it.”

The imminent signing of Tidswell is expected to be followed by the double acquisition of Josh Smith and Mark Baines.

Attacking midfielder Smith was with Peterborough League Premier Division side Peterborough ICA Sports last season while Baines brings a wealth of experience to the Knights.

Ross enthused: “Josh is an exciting young talent. He played very well against us in the PFA Senior Cup final last season.

“He’s an attacking midfielder and that’s an area which we identified as needing strengthening this season.

“He’s been very loyal to ICA, but he was one of our top targets during the summer because he’s a great talent.

“Mark is an experienced player which is what we need if we want to go up the levels.

“He’s very dynamic and passes the ball very well either as a central or holding midfielder.

“He can also play centre half because we want players this season who can play in several different positions.”

Fitness and rehabilitation coach Lee Taylor has been putting Pinchbeck through their paces in pre-season which has included a training stint on Skegness beach.

Ross explained: “We have been working on injury prevention and giving the boys nutritional advice during pre-season.

“Pre-season has been designed for our level of football and getting the players’ fitness up to what is required.

“We’re no longer just going to be playing Saturday to Saturday so we need a different level of fitness.

“Our programme has been specifically based on core fitness, strengthening and conditioning, unlike last season where we played a lot of pre-season friendlies.

“We knew what was needed in the Peterborough League, but we now need to take it up three or four gears.

“We are all looking forward to being part of the United Counties League and it was a proud moment for us just being at the annual meeting.

“It’s exciting times for the club.”

Pinchbeck ran out 6-1 winners against Netherton on Wednesday with newcomers Kingston, Panting – against his former club – Tidswell and Baines all on target.