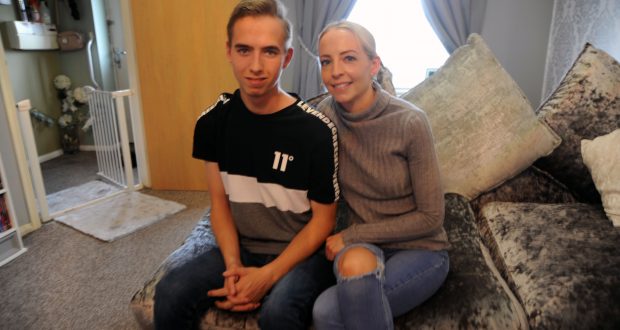 Kieran back on his feet after operation

After taking his first few independent steps again, 17-year-old Kieran Evans is aiming to walk to Spalding on his own and then travel to America and Germany after his life-changing operation.

After nearly a year of fund-raising to have some of the nerves in the spinal cord cut, the cerebral palsey sufferer is back on two feet and pain free.

As previously reported, Kieran, from Pinchbeck, had spent years trying to walk after being born three and a half months premature leading to bleeding on the brain.

But in summer 2018 he suffered a massive setback as painful cramps set in and his mobility regressed.

That led to mum Melissa Evans’ appeal to raise money to allow Kieran to try the brand new treatment.

The community rallied around fantastically to raise £13,000.

Kieran went through with the operation in September, and though the reaction after four days didn’t entirely go to plan, the battler, who doctors believed would initially only survive 12 hours after he was born has made fantastic progress since.

Melissa describes the five-days in hospital as feeling like a month as Kieran experienced excruciating pain again following the operation.

But she describes this period as “basically Kieran’s body re-setting” and as the spinal cord nerves joined up again he’s become pain free and is already able to walk a few steps unaided once again.

Melissa said: “He’s make great progress. Most children are still in bed at this stage after the operation while Kieran is walking a few feet and getting up and down stairs on his own.

“He’s even able to stay flat-footed where as before the operation he’d curl his feet up, which obviously didn’t help with walking.

“Everyone’s amazed at his progress.

“There’s still a way to go but he’s making improvements all the time and he’s already better than he was before the operation.

“He doesn’t see it this way, but he is such an inspiration to everyone that knows him. I’m just really proud of him.”

Kieran’s now back at Heroes Gym with personal trainer Aaron Darnell-Smith and is having some physio sessions funded by Darren Star of Men at Work.

It showcases the way the community has rallied around Kieran who’s had numerous donations from the public including from the Round Table and Spalding Lions organisations.

A charity fun day at the Fisherman’s Arms pub in Pode Hole was a fantastic hit and helped Melissa reach the target.

While trying to build his strength Kieran used to walk around Pinchbeck with his walking frame and he says people who had recognised him from newspaper articles gave him donations towards the operation, including a group of pensioners whose home he regularly went passed.

Now he’s learning German and American sign language as he dreams of visiting those places.

That’s after his first goal – to walk to Spalding unaided.

“There’s more to do and more people to see in Spalding than in Pinchbeck,” he says. “Germany looks beautiful and America amazing.

“I’m also looking to build my muscles up in the gym.

“I also one day want to get a job in Peterborough.

“Thank you to everyone who has helped me.”

Mum Melissa adds: “I can’t thank people enough and it’s difficult to put into words how much the support we’ve received from the community makes us feel.

“I want to thank every single person that came to the Fisherman’s Arms, all those that donated and the groups such as the Round Table and Lions that helped out.

“I feel as if I should be doing something for them and giving back given everyone’s provided so much.

“Those in the hospital are just angels and hopefully

Kieran’s recovery will lower the current age limits to allow more to have the operation on the NHS.

“Yes it cost over £10,000, but think how much the NHS will be saving on a lifetime of painkillers Kieran would have needed otherwise.

“It’s quite overwhelming that he’s already gone through more in 17 years than most people go through in a lifetime.

“Hopefully he’ll be going on to have as normal a life as possible and this operation has given him every chance of doing that.” 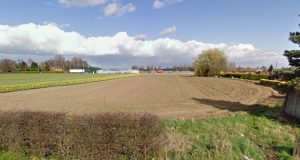 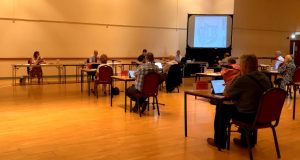 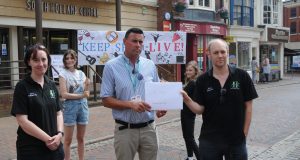