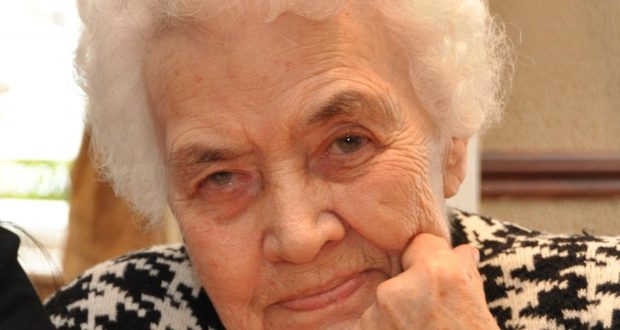 A 95-year-old woman is back in her own home after two months in hospital beating coronavirus.

Violet Sismey spent eight weeks in hospital battling COVID-19 and her family were told to prepare for the worst.

But Violet refused to give up and on Thursday was discharged from the Welland Ward at Spalding’s Johnson Community Hospital to return home.

She spent two and a half weeks in PCH where her condition deteriorated and her family were told she was unlikely to pull through.

Daughter Julie said: “We were so worried about her. She was deteriorating and we were told to prepare for the worst

“When I waved her off in the ambulance, I didn’t think I would see her again but from somewhere she found the strength to fight the virus and slowly she started getting better.

“While she was in PCH we were unable to speak to her or visit which was really hard.”

However Violet was transferred to the Welland Ward on Easter Saturday and the following day the hospital called Julie and she was able to speak to her mum.

Julie added: “She started improving every day and we were even able to Skype her. It was like having a virtual visit, it was brilliant. It definitely helped with her recovery being able to video call us.”

Julie is full of praise for the hospital, which is overseen by the Lincolnshire Community Health Services NHS Trust.

She said: “The staff were so incredibly caring towards her.

“At Easter she was given an egg, they bought her toothpaste, drinks, little things like that, that family would usually take care of but we were unable to do.

“Knowing what excellent care she was receiving was the only thing that made it bearable for us.”

Violet, who lives on her own, is now recovering further at home with some help from carers.

LCHS NHS Trust posted a video on their Facebook page of Violet leaving the hospital to a round of applause from the staff.

Julie added: “The video brought a tear to my eye. My mum’s such a fighter. She’s an amazing woman.

“The doctors and nurses found her to be an inspiration too. Her strength and determination to recover was amazing.”

Violet has lived in Spalding for most of her life. She worked until she was 82 and is very active on Facebook, has a busy social life and enjoys playing computer games.

Julie added: “I get to see my mum as her carer but it’s been really hard for the rest of the family who are all desperate to go and visit her.”