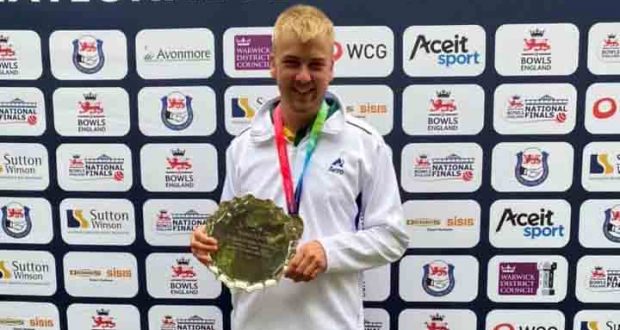 Spalding Indoor Bowls Club are hosting the national under-25 singles finals for the second time next weekend (January 22 and 23).

Spalding’s very own Ruby Hill and Jordan Philpott will be in action – and the latter will be hoping to make it an indoor and outdoor double after winning the outdoor national under-25 singles at Leamington Spa in the summer.

There is some further local interest as Boston’s Nathan Dunnington has qualified. Although now playing out of Swale, Katy Tointon, formerly of Boston, has also qualified for the ladies’ event.

The standard will be of a high quality, so SIBC are urging sports enthusiasts to turn out and support some of the best under-25 bowlers that the country has to offer. Play will commence at 10am on each day, with the last 16 and quarter-finals played on the Saturday and the semi-finals and finals on the Sunday.

The main damage was done by the two home rinks, as Spalding stamped their authority from the outset and raced into a 28-14 lead by five ends.

With the score at 85-53 and the four rinks having played a combination of 18 and 19 ends, Lincoln conceded the match.

Although all rinks played their part, the top winning rink was skipped by Mathew Orrey, with Stephen Harris, Ollie Jeapes and Graham Smith who had an impressive 28-11 win.

Spalding will now play South Shields Vipers in the quarter-final on January 29.

Spalding were the first to put points on the board as Chelsea Tomlin and Stephen Harris won the ladies’ and men’s singles respectively to claim four points.

The mixed pairs, mixed triples and mixed fours are worth four points each, meaning that Spalding needed one of the remaining disciplines and the overall aggregate which is exactly what happened.

Nottingham bounced back to take the pairs but Spalding next took the fours, leaving the triples last on the green.

Although the Spalding triple were behind on their rink, they had the benefit of knowing that the overall aggregate would secure a place in the next round and with one end to play, Spalding were 85-81 in front.

The head never set up for Nottingham and the Spalding triple picked up two shots to win the match.

Next up are South Shields Vipers on January 30.

The team was mainly made up of regular players, but a debut was handed to Alan Tokley.

It took some time for the Spalding players to adjust to the longer and faster Grantham green but, by the seventh end, Spalding were winning on two rinks and down on the other two with the aggregate 27-24 in Grantham’s favour.

Grantham’s lead was extended 47-39 by 12 ends, but Spalding showed their fighting qualities and were 58-54 in front at 17 ends.

By the end of the game, Spalding won on three out of the four rinks and won 79-67 on aggregate – securing 12 of the 14 available points.

The top winning rink was skipped by Mick Dolton, with Derek Overton, Tokley and Rob West (26-13). 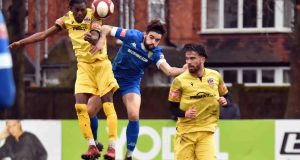 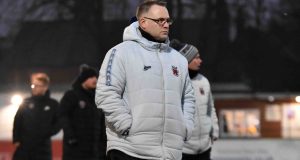 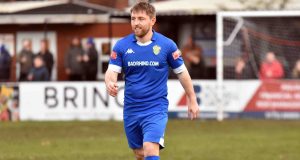