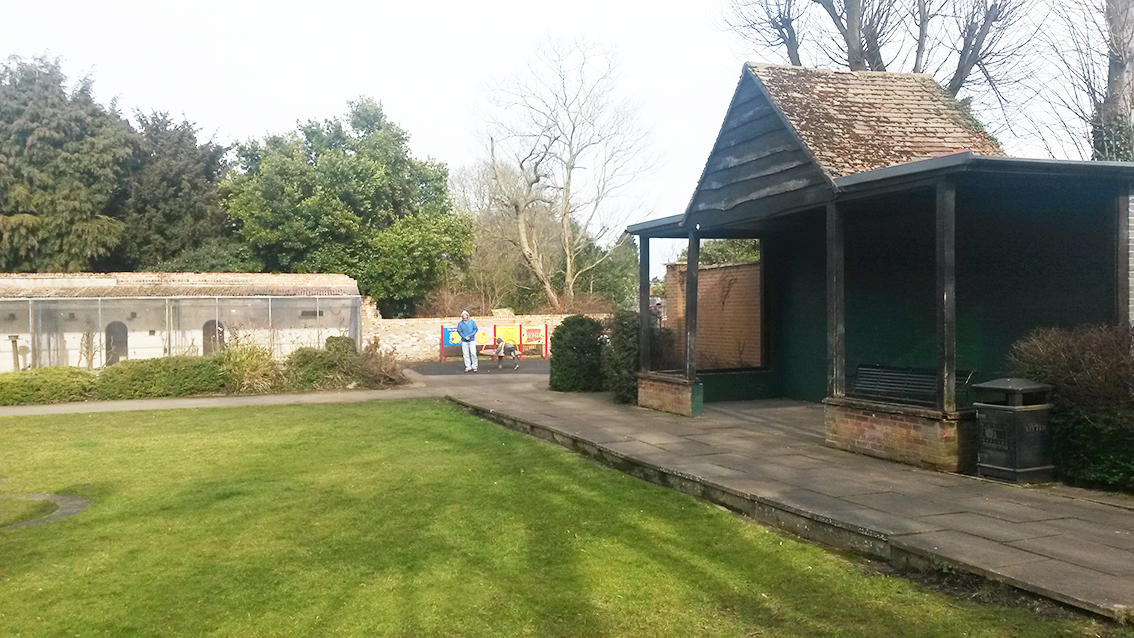 The wooden structure due to be replaced with the new performance area.

In the spotlight: budget costs for Ayscoughfee performance area and renovation of Sir Halley gates

The main gates to The Sir Halley Stewart Playing Field in Winfrey Avenue are in line for renovation, and a new arts performance area is planned for Ayscoughfee Gardens in tandem with a refurbishment of the aviary. 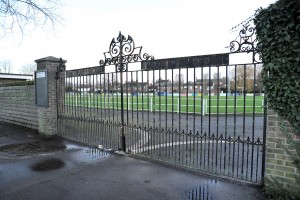 Spalding Town Forum chairman Coun George Aley updated fellow members on behalf of Coun Howard Johnson, who was absent.
He said: “The budget [for the gates] is £17,000. That’s not the cost. We’re hoping to do them in the period 2015/16.
“We will probably have to take down the gates and have temporary ones [while the repair work is undertaken].”

Coun Aley referred to a January report in The Voice which quoted a council report earmarking £18,200 from the Spalding Special Reserve fund for the project.
He said: “I’ll ask if we can have copies of the tenders so we are fully involved. I’d like to see the quotes as I’m aware that when it first hit the Press there was a lot of shouting.”

Pastor Kevin Taylor said it might be cheaper to have new gates, but Coun Aley knocked back that suggestion as the existing ones were “special”.

Coun Graham Dark lamented that the memorial gates had been allowed to fall into a state of disrepair, while Coun Angela Newton hoped local blacksmiths would be keen on doing the work.

The £67,000 budget from the Springfields S106 pot for the bandstand and aviary work was also discussed.
The meeting heard that a Lincolnshire County Council historic environment officer had raised “several objections” to the planning application submitted by South Holland District Council’s leisure facilities manager Phil Perry.

The proposal is to replace an existing shelter, but Coun Dark believes the project has snowballed into something far more than was required.
“Originally, we were looking at paving, reroofing and knocking the back wall down, but it’s moved on and on,” he said. “That building which is there now could stand for the next 50 years.”

Coun Roger Gambba-Jones warned that if English Heritage did not like the planning application, the scheme would be “effectively stalled for six months”.

There was concern that the project might need more cash, but Coun Aley insisted that it would have to be delivered on the current amount.
“You don’t have a budget for £4.50 and then put up a £10 building,” he added.