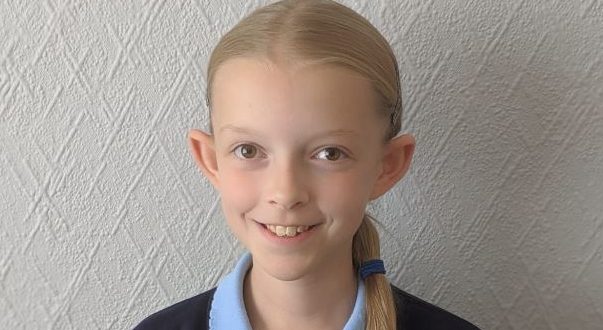 A selfless nine-year-old who has been growing her hair ever since she survived a rare illness is set to have the big chop for charity.

Sophie Callow, of Clumber Drive, Spalding, has bid to help as many of the kind of children she found herself in hospital alongside after she contracted a rare skin condition.

It involved a toxin in her skin attacking her.

Dad Matthew said: “It was incredibly scary and was all over her body. It looked like she’d had a beating or something.

“When she had it, there was only about a 1,000 cases a year and the first 48 hours of having the disease are critical.

“Thankfully the hospital care she received was fantastic, starting with the Johnson Hospital who reacted very quickly and it allowed the doctors to bring the disease under control.

“When Sophie was in the hospital she was surrounded by children who were not very well and it affected her.

“Ever since then she’s been determined to help others and regularly donates toys to the children’s ward at Pilgrim Hospital where she was treated.

“And she’s been growing her hair for years so she can have it cut for the Little Princess Trust.

“We’re very proud of her.

“Her outlook on life puts mine to shame sometimes as she’s so upbeat, happy and joyful all the time.”

Sophie’s cut was due to happen yesterday (Wednesday) at Short Cut barbers.

And Matthew says the St John the Baptist Primary School pupil, along with the whole family, is looking forward to it.

“My wife Nicola is particularly looking forward to it will mean she won’t have to brush it and de-knot it every night,” he said.

You can donate to Sophie’s charity effort at https://justgiving.com/fundraising/Matthew-callow