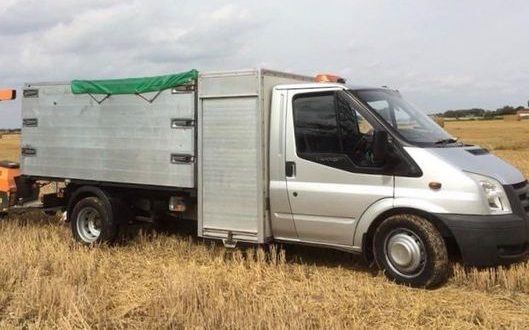 A husband and wife are ‘heartbroken’ after their truck and much of their equipment were stolen in the third theft targeting their ‘dream job’ in four years.

Tony and Mandy Caley of T&M Gardening Service say they spent the inheritance from the passing of Tony’s mum to replace equipment following thefts in 2017 and 2019.

But they woke up yesterday (Sunday) to find their truck gone from outside their Pennygate home.

The pair say they’ve had sleepless nights worrying about their business and that in total have had around £30,000 worth of equipment stolen.

“We’re right snookered again now as we can’t even work,” Terry said. “We left it outside Saturday night and when we got up to go to work at a lady’s house the next morning it had gone.”

The pair describe T&M Gardening Service as their ‘dream job’ and it was set up 10-years-ago after long time gardener Tony left a previous role and the pair decided to create the new company.

It’s proven successful, but in September 2017 they were left gutted after all of their equipment was stolen.

More issues were to follow in September 2019 when the trailer they filled with rubbish at jobs with was taken.

Now in September 2020 it’s the truck itself that has been stolen.
Some items, including number plates, were found dumped in Aslackby.

“It’s just heartbreaking fo us,” Tony continued. “I think it could be the same people as we know our other stuff was all taken in the same direction, up the A1.

“We can’t even work at the moment and have had to cancel jobs.

“It could be a couple of weeks before the insurance is sorted and we’re not going to get the value back.”

Mandy has set up a Go Fund Me page called Save T&M Gardening Services.
She said: “We can’t believe it.

“The alarm went off at 7am on Sunday and we got up to work and the lorry.

“We didn’t hear anything at all over night.

“We’re a small business following our dream with our own gardening business.

“Over the years our regular customers have become like an extended family.”

Anyone with information is asked to contact call 101 quoting reference number 104 of 13 September. 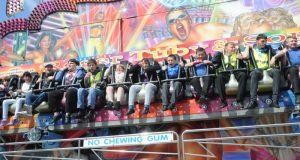