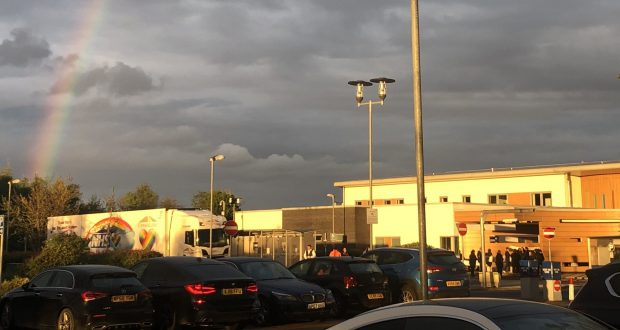 Spalding’s Johnson Hospital is set to get an upgrade and become an Urgent Treatment Centre (UTC) when it reopens to walk-in patients in April.

The site and the Minor Injury Unit (MIU) was closed to walk-in patients in March with the onset of the first lockdown and has remained that way since, despite other community hospitals re-opening.

But last week Tracy Pilcher, the director of Nursing, AHPs and Operations/Deputy Chief Executive at Lincolnshire Community Hospital NHS Trust, said work was ongoing to reopen the hospital “at the beginning of April” and as a UTC which would be able to treat a wider type of injuries.

They’re classed by the NHS as “GP-led, open at least 12 hours a day, every day, offering appointments that can be booked through 111 or through a GP referral, and are equipped to diagnose and deal with many of the most common ailments people attend A&E for.”

Mrs Pilcher told a meeting of Lincolnshire County Council’s Health Scrutiny Committee: “We are working to a plan so it will be reopened at the beginning of April.

“We’re working through that plan in terms of the actual service and working with the Lincolnshire Care Commissioning Group (CCG) so that when we do restore it we’ll be able to restore it as a UTC so that it’s got the same standards as others as the county.

“We’ve got to finalise that with the CCG and they have to finalise it with their own reporting structures, so at the moment we haven’t gone out and said a definite date with the public, but that’s certainly our plan to restore it (Johnson Hospital) at the beginning of April and as UTC.”

In a statement after the meeting (and after the print edition of The Voice went to press), Mrs Pilcher said: “In April, Lincolnshire Community Health Services NHS Trust made the difficult decision to temporarily close the Minor Injury Unit at Johnson Community Hospital in Spalding.

“This decision was made as part of our response to COVID-19 to ensure we could continue to look after patients in a way that best protects them and our staff during this period of immense pressure on all NHS services.

“The trust is now looking to reopen and enhance the existing Minor Injury Unit by relaunching it as an Urgent Treatment Centre.

“This is very positive news for the local community and reflects our commitment to developing the services we offer in Spalding. We are now working hard to ensure the service meets the high standards required to support our transition to become an Urgent Treatment Centre, ready to welcome patients in April 2021.

“Once open, Spalding Urgent Treatment Centre will be able to provide urgent medical attention for a range of conditions including strains and sprains, broken limbs, cuts and grazes, stomach pains and minor eye problems via bookable appointments and on a walk-in basis.

“In the meantime, urgent care services remain available 24 hours a day, with access to telephone and video consultations with our award-winning Clinical Assessment Service and home visits where appropriate via NHS 111.”

In May 2019 The Voice first revealed that the Johnson Hospital was being considered to be upgraded from an MIU to a UTC with Coun Chris Brewis urging South Holland residents to express their support for such a scheme.

He said: “I absolutely want to make sure it happens and it’s something that South Holland needs.

“We’ve been very patient and will continue to do so but we’ve got to get something there so people don’t have to travel too far for treatment.”

After the MIU was closed in March, it was revealed in November that staff had been deployed from the Johnson Hospital elsewhere, leading to concerns over the future of the hospital, particularly when Gainsborough Hospital was opened last spring as a UTC.

The issue over the hospitals came up at last week’s meeting of South Holland District Council where Coun Angela Newton, who has been among those campaigning for the hospital, asked council leader Lord Gary Porter about concerns over its future.

He told the meeting that he’d written to the NHS trust but not received an email back.

Lord Porter said: “That site that has mired the health service in controversy, to shut it after such a short period of time would probably be career finishing for a number of people in that service.”